by Newslanes 1 week ago1 week ago
148views 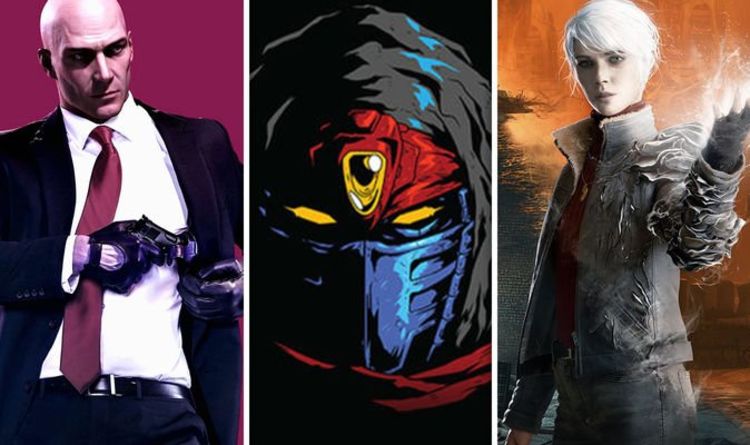 January is typically a quiet month for new video game releases, as most publishers aim to get their big guns on the shelves in time for Christmas.

Fortunately, you can usually rely on one or two high profile releases to launch early in the year, which is most definitely the case in January 2021.

The first month of the year includes brand new releases for PS5 and Xbox Series X, as well as some interesting cross-platform games coming to PlayStation, Xbox and Nintendo Switch.

It all kicks off with the third game in IO Interactive’s excellent Hitman trilogy, which is coming to pretty much every platform under the sun – including PSVR.

If Hitman 3 is anything like its predecessors, then we could be looking at a potential game of the year contender. IO Interactive’s previous two games are an absolute masterclass in level design, featuring huge stages that are jam-packed with assassination opportunities.

The third game sees Agent 47 continue his murderous trail in locations such as Dubai, Berlin, and Chongqing. There’s even a Knives Out-inspired level set in Dartmoor, which looks absolutely delightful.

“Hitman 3 is the dramatic conclusion to the World of Assassination trilogy and takes players around the world on a globetrotting adventure to sprawling sandbox locations,” reads the official description. “Agent 47 returns as a ruthless professional for the most important contracts of his entire career.”

If you own Hitman and its sequel, you can import your levels and progress into Hitman 3, which will serve as a hub for the entire trilogy.

IO Interactive has also confirmed that file sizes will be reduced for players importing their progress, while past levels will benefit from upgraded visuals (on PS5 and Xbox Series X). It’s even compatible with PSVR.

“The world has been taken over by synthetic lifeforms,” reads the official description.

“A desperate plea for help sets Shadow on a journey to uncover what started the path to perpetual ruin. Slash through the techno hordes, leap past traps, and nimbly navigate the ruins of Mekacity.

“Only you can unlock the secrets to your clan’s ancient powers in Cyber Shadow, the quintessential Ninja Action game.”

Olija is a swashbuckling adventure game in which players control a castaway washed up in a strange and dangerous country.

“Armed with a legendary harpoon, he and other castaways try to leave this hostile country to return to their homelands,” reads the official description.

“Through adventurous exploration, narration and razor sharp combat, the player will discover a strange world and its inhabitants, including Olija, an enigmatic lady that Faraday finds himself bound to over time.”

“Inspired by swashbuckling tales and cinematic adventure games, Olija is a story about facing the unknown in adversity.”

The Medium is a brand new psychological horror that’s said to be inspired by Silent Hill. If you don’t count the PC version, it’s also one of the first Xbox Series X/S games that isn’t compatible with the Xbox One.

As such, fans can expect some impressive visuals and advanced technological features, including zero loading times when flitting between real and spiritual worlds.

“Discover a dark mystery only a medium can solve,” reads the official description. “Travel to an old communist resort and use your unique psychic abilities to uncover its disturbing secrets, solve dual-reality puzzles, survive encounters with sinister spirits, and explore two realities at the same time.”