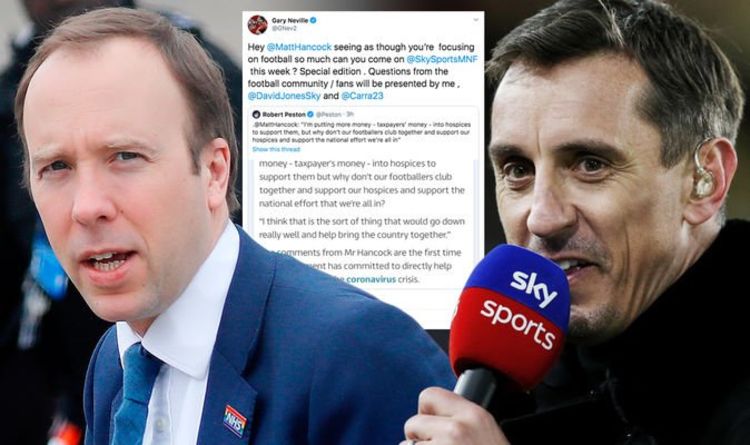 Earlier on Sunday he wrote on social media: “The Premier League are handling the coronavirus crisis terribly. Slow to lockdown, tried one last weekend of games.

“Furloughing straight away a PR disaster. Turning on players publicly, trying to blindside them. No increase in funding for EFL, National League. All stakeholders unhappy with their approach.”

That was after having written for Sky Sports on Saturday: “I have got great faith in football.

“I do believe that 99 per cent of footballers originate from the streets of Berwick, Bootle, Bolton, Solihull, Dudley – they’re not from Hampstead and Knightsbridge – they’ve got good souls and are good people.

“They’ve just done well, they’re just lucky enough to be in the one per cent of people who dream of being a footballer and make it.

“I think if you asked those Premier League players do they want to contribute to the NHS, to the communities to the challenge the country is facing now, they’d say absolutely they do.

“The clubs themselves will need support in the coming weeks, particularly if this goes into June, July, August, September, with the revenue lost from season tickets, gates etc. There will need to be support, and it’s about compromise and collaboration.