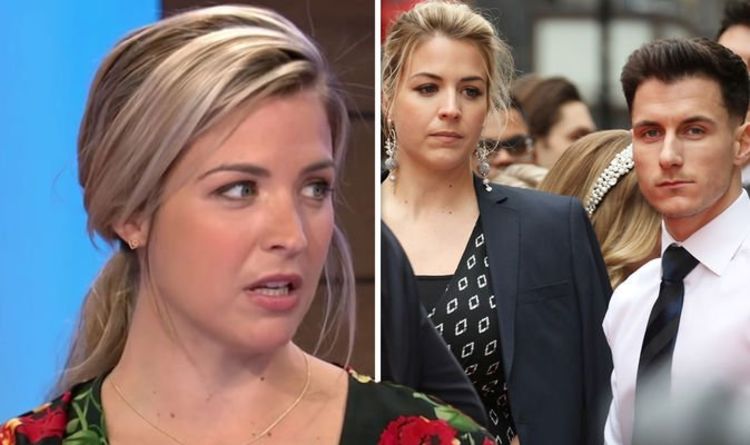 Fortunately, the stars didn’t let the disagreement bother them, as they continued to plan together ahead of building their dream home.

Elsewhere, Gorka admitted he finds it tough to leave Gemma and their daughter for work in view of his 502,000 Instagram followers before beginning his Firedance tour with fellow Strictly pro Karen Hauer.

Alongside a picture of the dancer blowing a kiss to his daughter, he wrote: “Bye Bye Kisses princess.”

The Strictly star continued: “On Route to London tomorrow’s first day of Rehearsal for #firedance.”

Detailing his mixed emotions, he added: “Excited but it breaks my heart leaving her and mummy @glouiseatkinson.”

ByBernadette Deron Us Weekly has affiliate partnerships so we may receive compensation for some links to products and services. Please note: Information below is not intended...
Read more
Celebrity

ByErin Silvia Kourtney Kardashian took to Instagram to share a gorgeous photo of herself along with a caption revealing she doesn’t ‘cook’ or ‘clean’ and...
Read more
Celebrity

ByBob Saget still has love for Lori Loughlin. Although the actress is preparing to serve two months in prison for her role in the...
Read more
Celebrity

Cardi B Deletes Twitter After Fans Come For Her Over Offset Reconciliation: ‘People Are Making Rumors Up’

ByAlyssa Norwin Cardi B has resorted to drastic measures amidst the buzz about her reconciliation with Offset — she fully disabled her Twitter account to...
Read more
Celebrity

ByBernadette Deron Us Weekly has affiliate partnerships so we may receive compensation for some links to products and services. Please note: Information below is not intended...
Read more