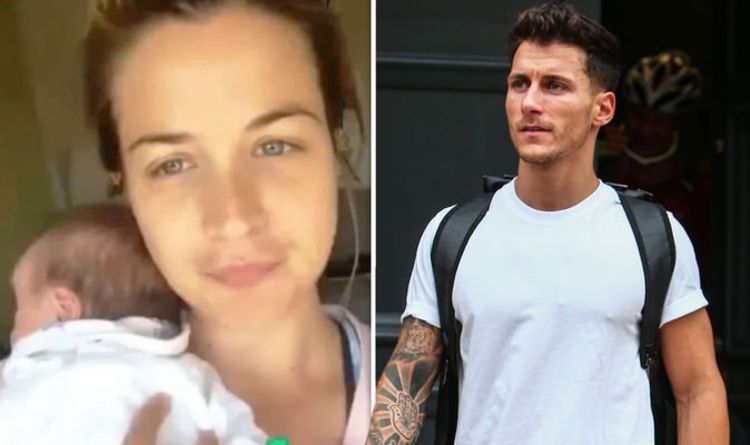 In view of her 1.3 million followers, she shared a video of animals alongside a lengthy caption.

Within her message, she said she had given up eating meat after seeing a chicken with her chicks during a recent outing.

She added: “I saw a video years ago on a slaughter house and decided then and there I was done.

“I continued to eat fish and occasionally chicken, but when I had Mia, something changed.”

She added: “I don’t know if becoming a mum has ‘made me soft’ but it certainly woke something in me that made me even more compassionate.

“We went on one of our many walks and passed a farm last year. I saw a chicken with her chicks.

“Playing with them, caring for them and protecting them, and it just clicked that she was a mother too.”

“But for me, that was my choice and I’m just sad I didn’t make it sooner.

“Not only for my conscience but physically, I feel great!”

The Hits radio presenter added that despite her lifestyle change, Gorka still continues to eat fish.

She explained: “Gorks still eats fish and we make a veggie meal at home and he adds his stuff to it separately and that’s how we operate at Casa de Atko Marquez!”

Gemma’s post prompted one of her fans to query which foods she will feed her daughter.