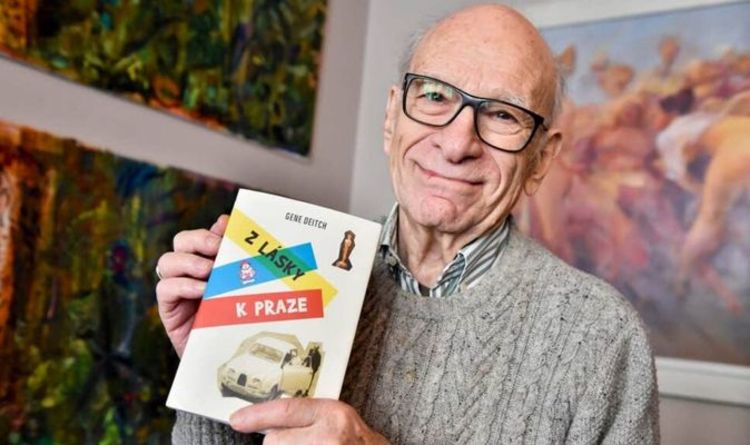 The director of the popular Tom and Jerry animated cartoons, Gene Deitch, has died at the age of 95.

The Oscar-winning illustrator died on Thursday night according to reports, and he was found at his apartment in Prague.

Petr Himmel, is publisher, confirmed the news to The Associated Press and it was reported the star died ‘unexpectedly’.

No further details have been given, but the film director and producer was last seen in his apartment in the Litter Quarter neighbourhood.

He is best known for his work on the Tom and Jerry animated series, and he directed 13 episodes.

Deitch was also known for his work on the famous Popeye the Sailor series and in 2004 he received the Winsor McCay Award for his lifelong contribution to animation.

Fans and colleagues have taken to Twitter to pay tribute to him, with one fan saying: “R.I.P Gene Deitch. You lived the artist life and impacted countless generations. It’ll never be forgotten.”

READ MORE: Disney Plus best movies: Which Disney movie is the UK favourite?

The star was also a popular filmmaker who won the  Academy Award for Best Animated Short Film in 1960 for his film, Munro.

His films Here’s Nudnik and How to Avoid Friendship were also nominated for the same award four years later, in 1964.

The illustrator published his memoir For the Love of Prague in 1989 and they told of life in communist Czechoslovakia.

He is part of a family of cartoonists and illustrators, as his wife and three sons from his first marriage are all in the same industry.

He started his illustrating career at North American Aviation, drawing up intricate and detailed aircraft blueprints.

In 1943 he underwent pilot training but caught pneumonia and was discharged just a year later.

His animation career started in 1955 when he took an apprenticeship at the animation studio United Productions of America, where he later became known as the creative director of Terrytoons.

He became more widely known in the early 60s when he directed Popeye cartoons, as well as the popular Tom and Jerry series which is still recognised across the world today.

He retired in 2008, and during that year he has been working as the leading animation director of the Weston Woods Studios, adapting children’s picture books.

Deitch met his first wife, Marie, at North American Aviation and they married in 1943, having three sons – Kim, Simon and Seth.

Just several days after moving to Prague at the end of the 1950s Deitch met Zdenka Najmanová, the production manager at the studio Bratři v triku where he worked. They married in 1964.

All three of his children went on to become animators, and his son Kim’s best-known character is the mysterious cat, Waldo.

His fans took to social media to pay tribute to the creative genius, with one fan saying on Twitter: “RIP Gene Deitch. You were such an inspiration & created a lot of joy. Thank you.”

Videos and photos depicting his colourful work have been shared across various platforms, so fans can reminisce and appreciate them.

Another fan said: “R.I.P. Gene Deitch. The Animator for Tom and Jerry. Thank you giving us wonderful cartoon content for many generations growing up.”

One fan even recreated the jingles for some of his best-known series as a tribute, and he has been called a legend by many people from his era.