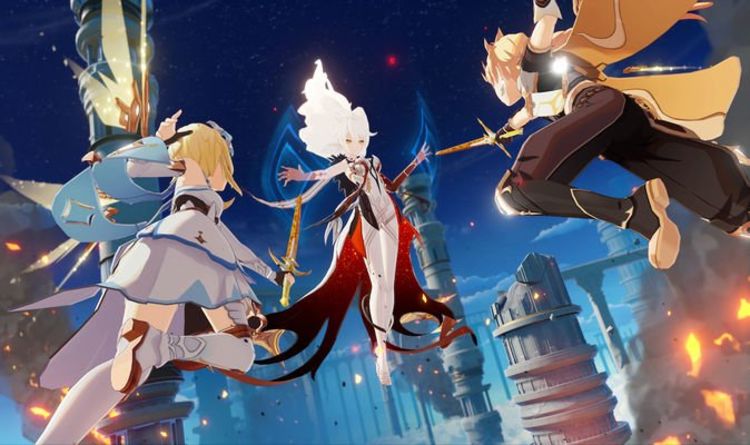 Genshin Impact has proven incredibly popular since launching on the PS4, PC and smartphones just a few short weeks ago.

The action-adventure game has generated more than $ 100 million since launch, despite being a free-to-play release.

Not only is it one of the biggest ever releases from a Chinese developer, but it’s also one of the most critically acclaimed.

And it looks like the colourful adventure game could end up making an appearance on the upcoming PS5 console.

According to new comments by the development team, there are plans to bring Genshin Impact to next-gen consoles.

“We have plans regarding next-gen consoles, and we will be announcing them as these plans take shape,” developer miHoYo told Twinfinite.

Sadly, however, there’s still no sign of an Xbox release, with the development team completely ruling out a port.

“We do not currently have plans to release the game on Xbox,” a spokesperson added.

Taking cues from Breath of the Wild, Genshin Impact is an adventure game set in the world of Teyvat.

“You and your sibling arrived here from another world,” reads the official description.

“Separated by an unknown god, stripped of your powers, and cast into a deep slumber, you now awake to a world very different from when you first arrived.

“Thus begins your journey across Teyvat to seek answers from The Seven — the gods of each element.

“Along the way, prepare to explore every inch of this wondrous world, join forces with a diverse range of characters, and unravel the countless mysteries that Teyvat holds.”

Much like Breath of the Wild, the game takes place in a huge open world full of secret areas.

“Feast your eyes on the world around you, with a stunning art style, real-time rendering, and finely tuned character animations delivering you a truly immersive visual experience.

“Lighting and weather all change naturally over time, bringing every detail of this world to life.”

Players can team up with other characters, and even play multiplayer with friends.

“Team up with a diverse cast of characters in Teyvat, each with their own unique personalities, stories, and abilities. Discover your favorite party combinations and level up your characters to help you conquer even the most daunting of enemies and domains.

Facebook
Twitter
Pinterest
WhatsApp
Linkedin
ReddIt
Email
Tumblr
VK
Previous articleCougar stalk: Utah jogger on six-minute encounter with a mountain lion
Next articlePayPal could be about to charge YOU: Do one simple thing to avoid paying the fee