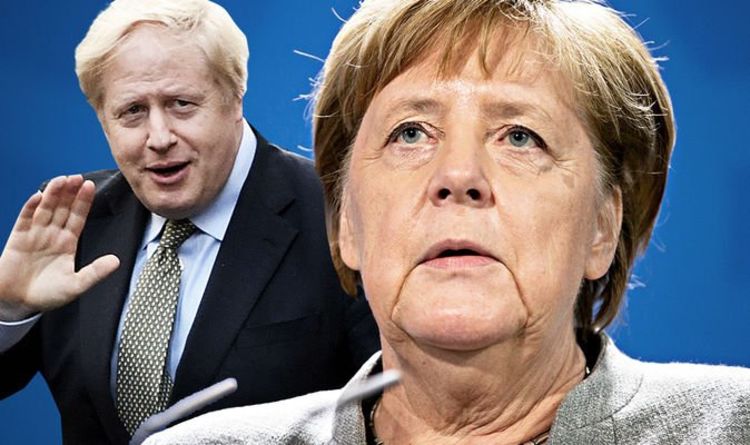 The UK left the European Union on January 31, 2020, but the transition period is current scheduled to run until the end of the year. At the beginning of trade discussions, European chiefs were already sceptical that an agreement could be reached between the UK and Brussels by the end of the year. But, due to the coronavirus crisis placing countries across Europe in lockdown, some experts are now suggesting German businesses will want an extension to the transition period.

Downing Street has repeatedly said the UK will not extend the transition period, despite the COVID-19 crisis plunging countries into economic turmoil across the globe.

Under the terms of the Withdrawal Agreement the UK can request an extension of up to two years, giving both sides until the end of 2022 to finish the negotiations.

But, doing so would force the UK to continue paying into the Brussels bloc.

Now, German business is calling for an extension of the Brexit transition phase due to the coronavirus crisis.

Ilja Nothnagel, member of the German Chamber of Industry and Commerce (DIHK) warned about the “unrealistic” chances of a deal being completed in time.

He said: “The schedule up to the end of the year was already ambitious, now it is becoming increasingly unrealistic from the point of view of the economy.

“In addition to the effects of the coronavirus, dealing with an incalculable Brexit could overwhelm the companies concerned.”

Nothnagel insisted for the DIHK, the focus is on protecting the EU single market, maintaining EU standards in trade with Great Britain, and negotiating at eye level.

The UK has already has tabled a preliminary free-trade agreement, including chapters on nuclear and aviation cooperation.

The UK’s chief negotiator, Mr Frost, is also expected to table new draft legal texts on energy and justice and home affairs cooperation ahead of the next round of talks.

The European Commission has said it would be willing to negotiate an extension to the post-Brexit transition because of the coronavirus outbreak.

A spokesman said: “The Withdrawal Agreement provides the possibility to extend the transition period why up to one to two years.

“We have always said that we are ready to discuss such an extension.”

A UK government spokesman said that Mr Frost and Mr Barnier were speaking to agree a timetable for April and May on a future post-Brexit relationship.