Germany told to double payments to Brussels as EU scrambles... 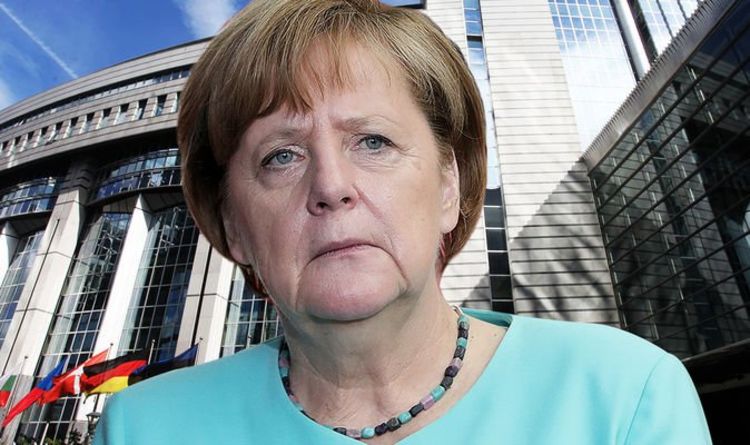 Berlin faces having to hand over as much £28.5 billion, according to the latest government estimates. The Brussels’ plan has sparked fury in the German capital and four other rich governments who also face massive hikes in their budget contributions. Germany could be hit by a steep 100 percent rise – from £13 billion in 2020 to £28.5 billion by 2027 – whereas the Netherlands only faces a 50 percent increase.

Under the plan the Dutch government’s contributions to the EU’s multi-billion euro coffers would rise from just under £4.5 billion to almost £6.5 billion by 2027.

Angela Merkel last week told EU27 leaders at a summit in Brussels that the European Commission’s plan would mean Germany would become the biggest per capital contributor to the bloc’s budget.

Berlin is already the EU’s biggest contributor on a gross basis.

The German finance ministry said: “Due to Brexit and the Commission’s proposal to abolish permanent rebate, the financing burden on German would disproportionately rise, in comparison to other member states.”

Eurocrats want to increase the size of the bloc’s long-term budget to 1.11 percent of the EU’s gross national income to help fill the void left by the UK.

Work on the next budget, which runs from 2021 to 2027, is set to go into overdrive as diplomats and officials attempt to sign off the package in the coming months.

Germany, the Netherlands, Austria, Denmark and Sweden are all set to rebel against the proposals and demand that contributions of just one percent of gross national income and permanent rebates must continue after Brexit.

The so-called “frugal five” are all net contributors to the bloc’s budgets, meaning they pay more in than they receive back.

Britain is the second biggest net contributor to the EU budget and Brexit will leave a £10 billion blackhole in the bloc’s finances.

Senior eurocrats have previously warned that Brussels has no “plan B” to plug the extraordinary gap left by the UK.

The European Commission has yet to officially calculate the rise in net contributions of member states, according to a spokeswoman.

She added that the five rebate countries were “paying a lower share of their income to the EU budget than the other member states, despite being among the top eight EU countries in terms of relative prosperity”.

France’s Emmanuel Macron at last week’s summit said a one percent contribution could not fulfil the EU’s ambitious goals to act as a “geopolitical” power.

Talks on the bloc’s next budget must be finalised before the end of 2020 and EU leaders are expected to hold a series of fiery negotiations once Britain has finally left.