Get rid of fleas: How to banish pets in house... 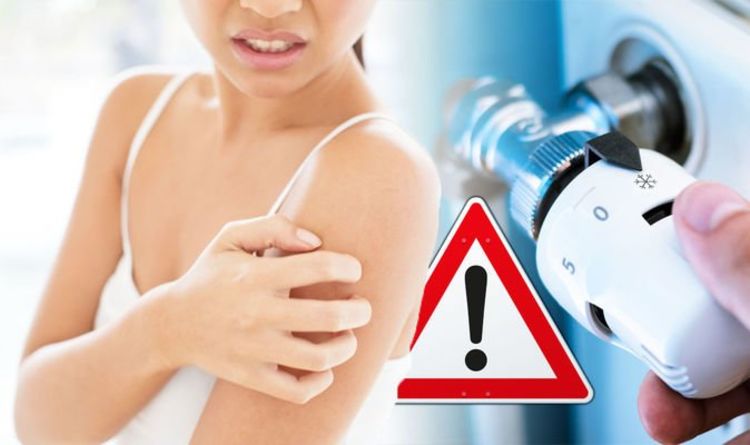 Turning up the central heating can cause fleas to enter the home, experts have warned.

A warmer environment makes and toasty and welcoming place for fleas, creating the “perfect breeding ground” for these unwelcome visitors.

Turning the heating on in autumn can increase the likelihood of flea outbreaks in the home according to new research.

Flea pupae are more likely to hatch in the home in warmer conditions.

Vet, Zoe Costigan, from pet wellbeing firm Itchpet.com, said: “Fleas are often considered a summer problem for our pets, but the reality is that they are very much a year-round problem in our homes, with eggs hatching once the central heating is turned on.

“Better quality central heating and insulation around the home, has improved the conditions for fleas to thrive.

“Fleas can complete their life cycle in less than three weeks at 29°C, so as long as the temperature doesn’t top 30°C, the warmer the house is the faster they will reproduce up to that point.”

The majority of fleas can be found in pets bedding (55 percent), carpets (52 per cent), bedding (33 percent and soft furnishings (29 percent).

Do fleas live on people?

Fleas do bite people but as humans don’t have fur the little parasites don’t like on them.

Cats and dogs are far more welcoming homes for fleas.

How to spot flea bites

It is important to be able to spot flea bites, and they are often a first indicator that fleas are living in the home.

Fleabites are small and red, and usually cluster in a line, with three or four in the row.

It is most common to find a bite on the leg and ankle, but they can also often be found on the waist, groin and elbows and knees.

How to get rid of fleas

If you have an invasion of fleas fear not, there are ways to restore your home as it once was.

Rentokil has a number of suggestions for how to deal with these parasites.

One such answer is placing soap and water in the infested rooms. It is then thought that the fleas will be trapped if they jump into the bowl. Apparently this works best at night.

Baking soda on the carpet, as well as salt, is also thought to ward off fleas.

It is also advised to vacuum as often as possible when you have fleas, as this will remove eggs and larvae.

Another household horror, although perhaps less gross, is damp.

How to get rid of damp is a question that haunts many homeowners and renters.

The persistent problem can cause mould in the home that in turn can release dangerous spores into the air.

The NHS said: “If you have damp or mould in your home the first thing to do is find the cause.

“Damp and mould can affect your health, so it’s important to get rid of it.”