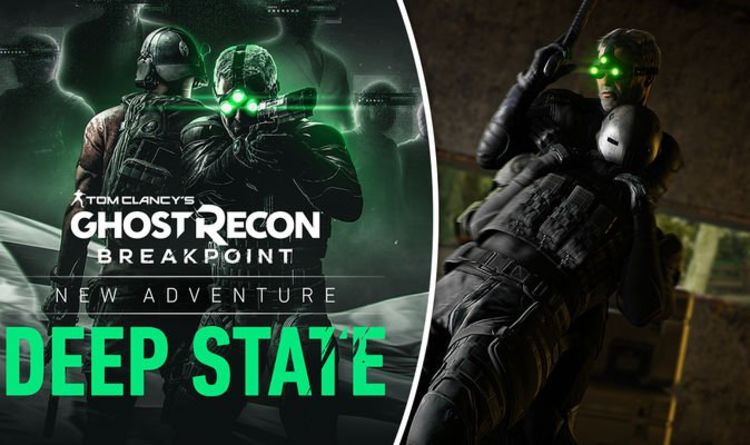 Ghost Recon Breakpoint fans are counting down to the release of Episode 2 on PS4, Xbox One and PC.

The game will be taken offline for three hours at 9am UK time, at which point fans can download update 2.0.

Once the update is installed and the game comes back online, fans can enjoy Episode 2 in full.

Available to Year One Pass owners or as a standalone purchase, Deep State sees the return of Splinter Cell’s Sam Fisher.

“A new story Adventure tied to Episode 2 including eight narrative missions where players will team up with Sam Fisher, the renowned character from Tom Clancy’s Splinter Cell,” reads the official description.

“Together, they uncover a plot to develop mind-controlled military drones, and they will have to stop its development on Auroa. The Adventure will introduce new stealth-focused gameplay elements and feature cinematics with the voice of Michael Ironside.”

Despite being available to Year One Pass owners, all Breakpoint players will be able to try out the first mission for free. You can even earn the rewards.

Likewise, you can join co-op parties with friends if they own the Splinter Cell expansion.

The new characters classes include the stealth-based Echelon class, as well as the anti-drone Engineer class.

With new abilities and tools, the character classes will be exclusive to Year One Pass owners for a week, before getting a full release the following week.

Then there’s the new Ghost Experience, which is a free mode offering new immersive and tactical options.

Ghost Experience allows players to fully customise their experience, with the possibility of removing gear level and using a more realistic loot system.

You can take a look at highlights of the update 2.0 patch notes below…

• Now players will not respawn to the closest point geographically, but to the latest location they went through before dying to avoid having players spawning in a place they have never visited before.

• For instance, it allows players in squad attacking a camp from different location points to respawn where they were, instead of respawning all at one location in case they get KIA.