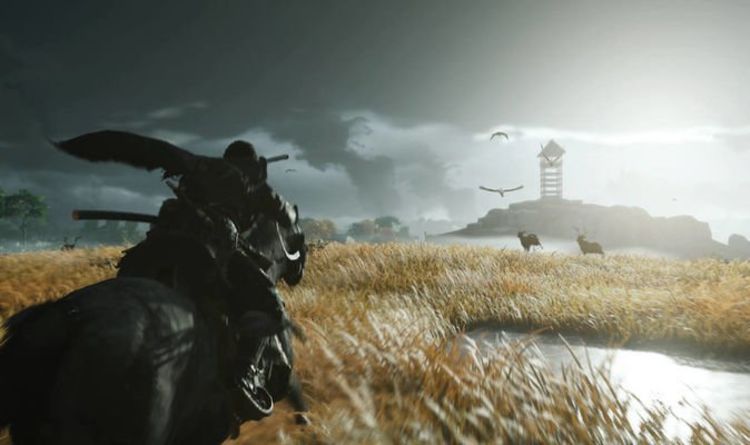 PS4 fans are worried that Ghosts of Tsushima may be delayed until later this year.

Because of the coronavirus, Sony recently made the decision to indefinitely delay The Last of Us Part 2.

While reports suggest the game is ready to launch, the coronavirus lockdown makes it difficult to ship physical copies to retailers and customers.

This has led to speculation that Ghosts of Tsushima may also be delayed on PS4.

Ghosts of Tsushima currently has a June 26 release date on the PlayStation 4.

However, the PlayStation Canada store recently advertised Ghosts of Tsushima for August 1 in the ‘coming soon’ section of the website.

While the listing has since been changed back to June 26, it’s possible Sony is toying with the idea of a delay.

Ghost of Tsushima was revealed with an eye-watering trailer during Paris Games Week in 2017.

The game looked so impressive that fans were convinced it was being developed for PlayStation 5.

“The year is 1274. Samurai warriors are the legendary defenders of Japan – until the fearsome Mongol Empire invades the island of Tsushima, wreaking havoc and conquering the local population.

“As one of the last surviving samurai, you rise from the ashes to fight back. But, honourable tactics won’t lead you to victory.

“You must move beyond your samurai traditions to forge a new way of fighting – the way of the Ghost – as you wage an unconventional war for the freedom of Japan.

“Mud, blood and steel: Challenge opponents with your katana for an immersive samurai combat experience, master the bow to eliminate distant threats and develop stealth tactics to ambush enemies.”

PS4 gamers looking to buy a physical version of the game can check out the Special Edition, which includes a SteelBook case, plus a voucher for an in-game Hero of Tsushima mask and sword skin, Charm of Hachiman’s Favor, one technique point, the Director’s Commentary, and the digital mini art book.

Then there’s the Collector’s Edition, which comes with a host of additional bonus items.

This includes a replica mask, an individually-numbered display stand, a sashimono war banner, and a traditional-style furoshiki (wrapping cloth).

Pre-order customers will also get a copy of the game in a SteelBook case, a physical 48-page mini art book by Dark Horse, and an artistic rendition of the in-game map printed on cloth.

Also included is a voucher for all of the digital content from the Digital Deluxe Edition.