Giannis: 2020 NBA title will be 'toughest championship you could ever win' 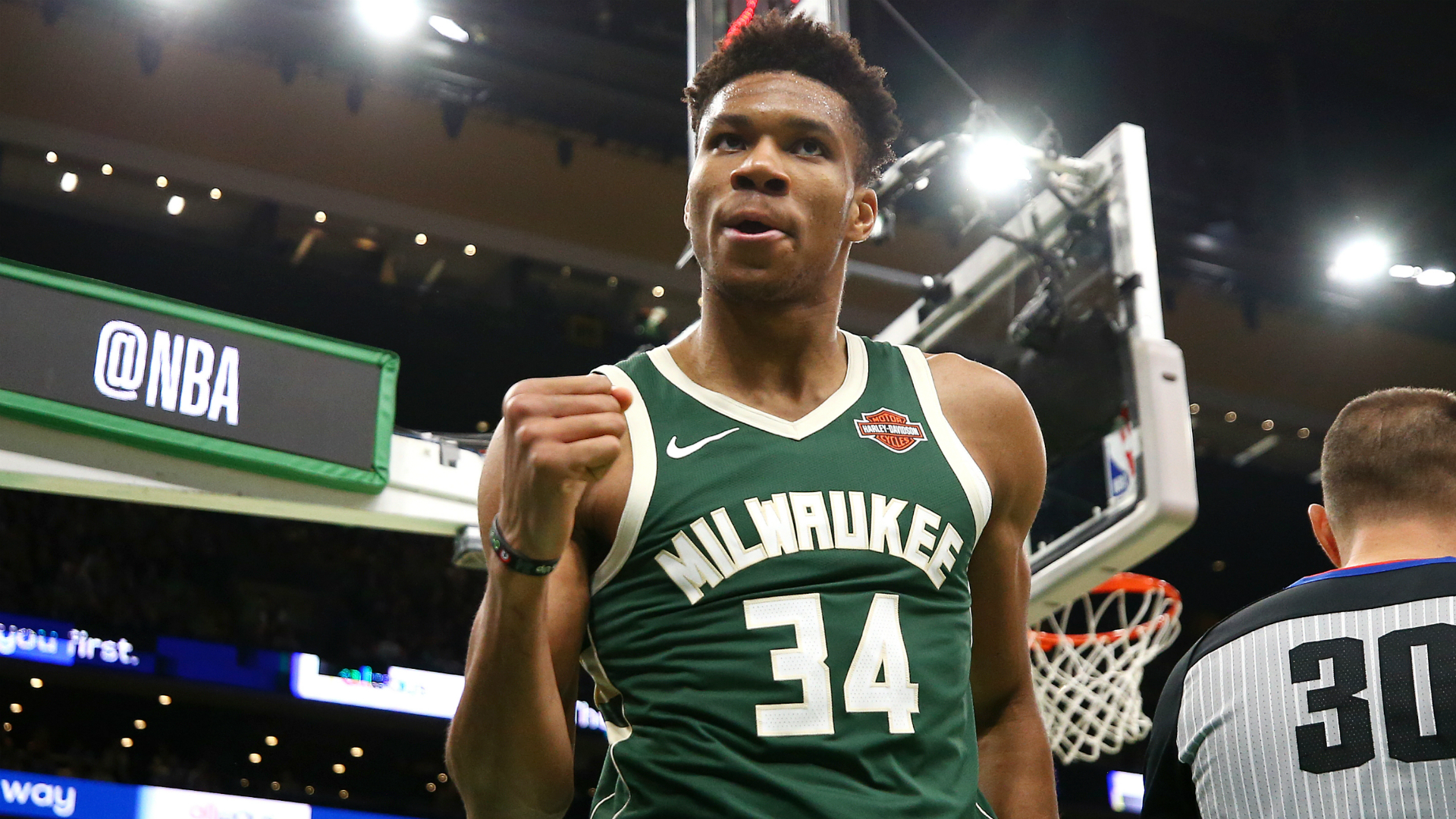 Milwaukee Bucks superstar Giannis Antetokounmpo believes the 2020 NBA title will be the “toughest championship you could ever win” due to the coronavirus pandemic.

The 2019-20 NBA season is set to return via a 22-team format at the Disney World complex in Orlando, Fla., on July 30 after the campaign was halted due to COVID-19 in March.

Eastern Conference-leading Milwaukee boasted a league-best 53-12 record prior to the postponement, ahead of the Los Angeles Lakers in the Western Conference.

DeCOURCY: 2020 champs should have your respect, not your asterisk

As teams prepare to be based in an Orlando bubble, reigning MVP Antetokounmpo insisted this season’s championship should not come with an asterisk.

“I feel like a lot of people say that there’s gonna be a star next to this championship,” Antetokounmpo said.

“I feel like, at the end of the day, this is gonna be the toughest championship you could ever win — because the circumstances are really, really tough right now. So whoever wants it more is going to be able to go out there and take it.”

Antetokounmpo added: “Everybody has concerns about their health. Nobody wants to put themselves in risk out there, but at the end of the day, that’s what the NBA chose, and we’re gonna resume the games, and we’ve all gotta do our job.

“And my job is to play basketball and go out there and support my teammates and represent the city. But for sure, I think me, my teammates, my family — especially my mum — everybody has concerns about our health, and my health.”

The Bucks will return to action against the Boston Celtics on July 31 as Milwaukee eye their first championship since 1971.

“I feel like the champion from this experience, from this season, I think is going to be more worthy and probably more special than any [other] champion,” Bucks head coach Mike Budenholzer said.

Antetokounmpo was averaging 29.6 points, 13.7 rebounds and 5.8 assists per game prior to the NBA’s suspension.

“I want to be one of the best players to ever play the game,” four-time All-Star Antetokounmpo said. “I did the best job I could do trying to stay ready and trying to have my team ready for this journey that we’re about to go on to leave and play games.

“But as I said, whoever wants it more, whoever is mentally prepared for all this, what’s going on in Orlando, that’s the team that’s gonna come out on top.”