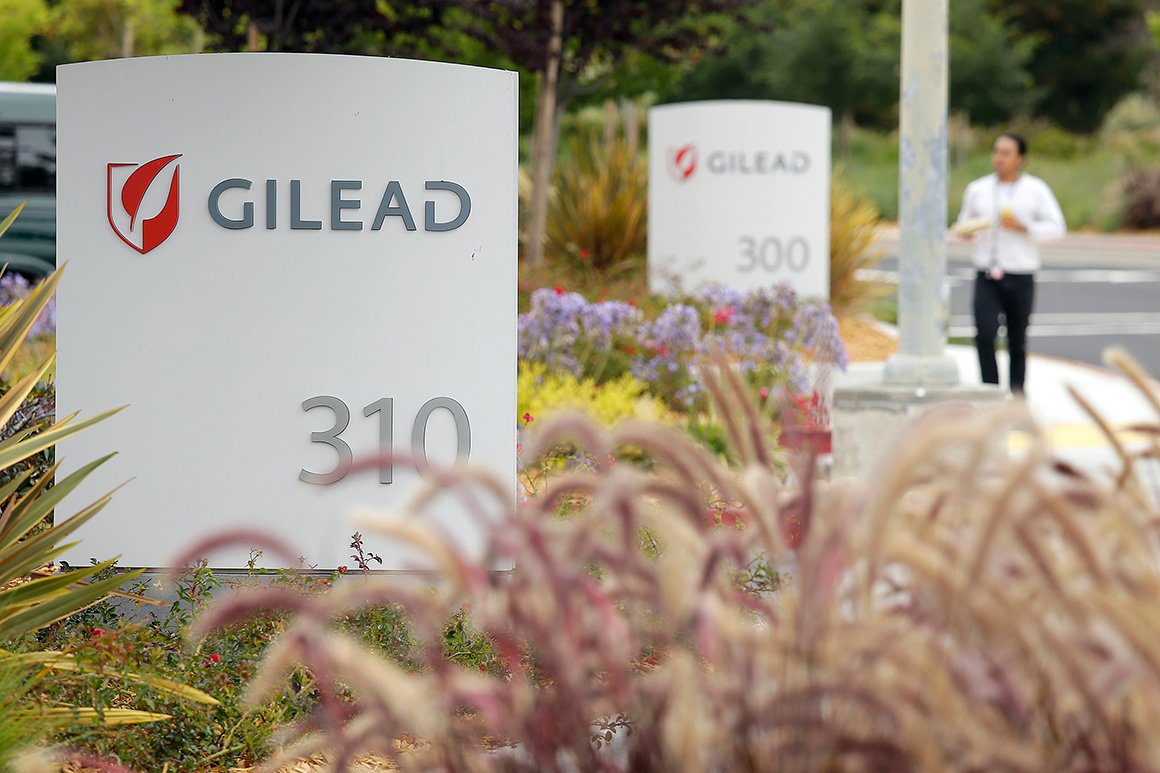 The federal government has secured enough of the antiviral drug to treat more than 500,000 patients in hospitals through September, HHS said Monday. That amounts to Gilead’s entire planned production run for July and 90 percent of its production in August and September. The government has also reserved additional doses for use in clinical trials, HHS said.

How it will work: The health department and states will manage how the drug is allocated to U.S. hospitals through September. That extends the distribution system the federal government put in place when Gilead donated hundreds of thousands of doses of the drug earlier this year.

Under the plan, HHS will allocate remdesivir doses to state health departments based on need, and states will then allocate doses to hospitals. Those facilities will then be able to purchase the drug through Gilead’s distributor, AmerisourceBergen.

What Gilead says: The company argues that, at the price it will charge, the drug could save hospitals about $ 12,000 per patient in treatment costs. “Even just considering these immediate savings to the healthcare system alone, we can see the potential value that remdesivir provides,” Gilead CEO Daniel O’Day said Monday. “This is before we factor in the direct benefit to those patients who may have a shorter stay in the hospital.”

How the price stacks up: The initial prices for government and private insurers are in line with what many analysts had suggested.

The Institute for Clinical and Economic Review, an independent research organization that analyzes drug prices, has said that remdesivir should cost about $ 4,500 per patient for ten days of treatment — if it reduced deaths, which it has not yet been shown to do. The group suggested a price of $ 310 for a ten-day treatment course if the drug did not decrease mortality.

“Gilead made a responsible pricing decision based on the evidence we have today,” ICER president Steve Pearson said Monday.

Money maker: Gilead is expected to make about $ 1.3 billion from the drug in 2020, RBC Capital Markets analyst Brian Abrahams said Monday. The drugmaker has said it spent about $ 1 billion to develop remdesivir.

What’s next: It’s unclear how Gilead’s actions will play with Congress. Months before Gilead announced a price for remdesivir, Democrats started raising questions about the drug’s potential cost — in part because Gilead received about $ 70 million in taxpayer dollars and assistance from the National Institutes of Health to run clinical trials.