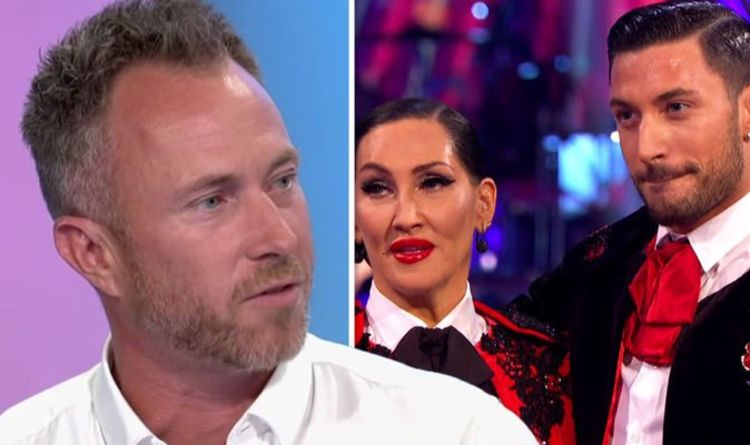 “They took a risk this week with the Vogue dance (If you can call it that) It just didn’t pay off. And people at home obviously felt the same.”

Giovanni has now aired his views on criticism surrounding the dance, including James’ remark.

In an exclusive interview with Express.co.uk, the Italian Ballroom and Latin dancer explained that although James is entitled to “his own opinion”, he and Michelle were trying to bring “something different” to the series with their performance.

Giovanni said: “Well, with James Jordan, it’s his own opinion. I’m sure that around the country the opinion was split between people who loved it and people like James Jordan who didn’t like it so it’s a 50/50, you take it as it is.

ByEmily Selleck Joe Jonas and Sophie Turner quickly cemented themselves as one of the internet’s favorite couple’s when they confirmed they were dating in 2017....
Read more
Celebrity

ByJennifer Aniston just voted for Joe Biden and Kamala Harris — and urged her 35 million followers to do the same.  The Friends star, 51,...
Read more
Celebrity

ByConfused by her response, the presenter recalled: “I said ‘What the hell do you mean? Why do you think I'm going blind?' "She said, 'Those...
Read more
Celebrity

ByJenna Lemoncelli Instead of supporting Donald Trump on social media, 50 Cent trolled Busta Rhymes on Oct. 23, after the rapper shared shirtless before and...
Read more
Celebrity

ByDory Jackson Stamp of approval! Sofia Richie’s famous family is fully on board with her new relationship with Matthew Morton.“Matt and Sofia are totally a...
Read more