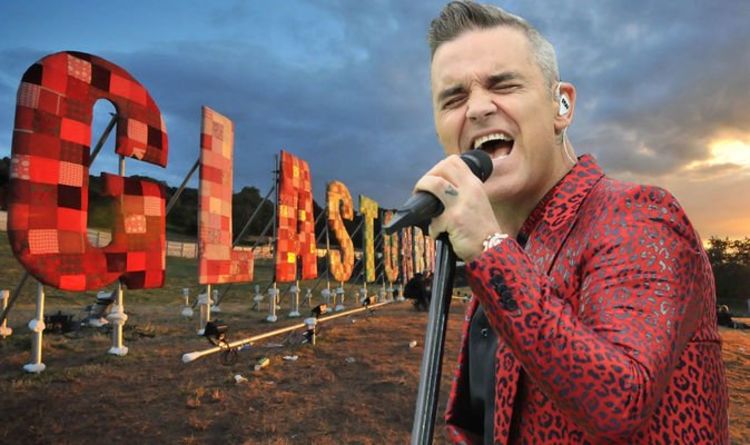 Glastonbury 2020 rumours are spreading like wildfire as usual, with the only act confirmed for the line-up so far being Diana Ross.

However, Robbie Williams has thrown his hat in the ring for headliner, saying he feels ready to return to the Festival again.

Having previously played Glastonbury back in 1998, the Let Me Entertain You hitmaker told The Sun he was inspired to go back again after his famous pal Adele’s stunning headline set three years ago.

Williams said he didn’t think his name was being tossed around by Glastonbury bookers at the moment, but emphasised his desire to be considered.

“As far as I know, nothing is in the air for that,” he told the publication. “But they know where I am if they need me.

“I don’t want to do the legends slot, though,” he announced.

The former Take That star went on to open up about his Glastonbury 1998 appearance, admitting the atmosphere towards him as a popstar was different then.

“We live in a very different world than we used to,” he said.

“When I was at Glastonbury it felt as if the rest of the festival was like, ‘What the f*** are you doing here, you c***?’” he continued.

Williams said he wanted to “be okay with the big boys” and be accepted at the Festival the last time.

He last played Glastonbury three years after his shock split from Take That, playing the Pyramid Stage in the mid-afternoon.

His set included crowd pleasers like Angels, Let Me Entertain You and a cover of The Clash’s Should I Stay or Should I Go.

Bookies Ladbrokes are currently offering 10-1 on Williams to headline Glastonbury next year, with odds slashed from 25-1 following the announcement of his upcoming Christmas album.

“We Feel like Robbie would be a perfect fit for Glastonbury and it’d be Somethin’ Stupid if he wasn’t there in some capacity next year,” Aledx Apati of Ladbrokes told Express.co.uk.

Meanwhile, in the midst of Glastonbury 2020 rumours, Scottish rockers Biffy Clyro have dropped a huge hint they could be headlining this time around.

In an interview with BANG Showbiz, bassist James Johnston said they were waiting for the call.

“My phone is not on silent!” he said. “We’re ready for the call should it come!

“Obviously, Glastonbury is an institution that you can’y say too much about,” he continued cautiously. “We’ve had many great appearances there over the years.

Organiser Emily Eavis recently ruled out the possibility of either Fleetwood Mac or Led Zeppelin while speaking to reporters the the Cheltenham Literature Festival earlier this month.