Glastonbury 2020 schedule: How to watch every single act online TONIGHT – timings in full 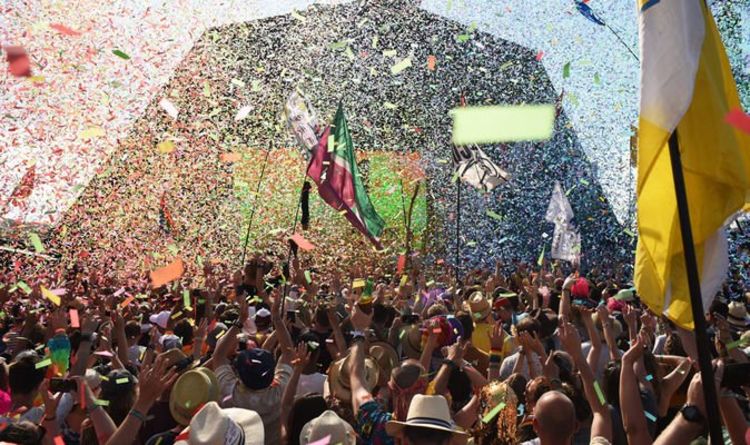 One of the most exciting performances for fans will be at 4.30pm on June 27, when Oasis’ epic set from 2008 is shown again, before Adele and Coldplay finish off a big Saturday night.

On June 28, Bon Iver kicks off things with the help of Michael Kiwanuka, before epic sets from LAdy Gaga, Dizzee Rascal and Kylie Minogue wow fans.

The evening ends with a very special performance from David Bowie from one of his great Glasto sets.

As well as viewing Glastonbury performances gone by, fans can also head to the Glastonbury website to join in some other festivities on the weekend of a lifetime.

Special documentaries will be live streamed alongside great performances, while some of the best Glastonbury moments have been collated into a variety of playlists fans can enjoy to feel like they are really there.

And, of course, megafans can even tune in to livestreamed DJ sets put together specially to bring the house down in the evening.