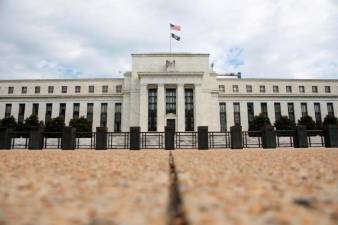 SYDNEY: The U.S. Federal Reserve and its global counterparts moved aggressively with sweeping emergency rate cuts and offers of cheap dollars in a bid to combat the coronavirus pandemic that has roiled markets and paralysed large parts of the world economy. The coordinated response from the Fed to the European Central Bank (ECB) and the Bank of Japan (BoJ) were reminiscent of the steps taken just over a decade ago in the wake of the financial crisis.

The moves came amid a rout in stocks and bond markets as investor anxiety deepened over the difficulty of tackling a pathogen that has left thousands dead and put many countries under virtual lockdowns.

The Fed moved first on Sunday, cutting its key rate to near zero and triggering an unscheduled easing by the Reserve Bank of New Zealand (RBNZ) to a record low as markets in Asia opened for trading this week.

“The virus is having a profound effect on people across the United States and around the world,” Fed Chair Jerome Powell said in a news conference after cutting short-term rates to a target range of 0% to 0.25%, and announcing at least $ 700 billion in Treasuries and mortgage-backed securities purchases in coming weeks.

Australia’s central bank joined in by pumping extra liquidity into a strained financial system and said it would announce more policy steps on Thursday.

Later, the Bank of Japan stepped in by easing monetary policy further in an emergency meeting, ramping up purchases of exchange-traded funds (ETFs) and other risky assets to combat the widening economic fallout from the coronavirus epidemic.

“The BOJ will take additional monetary easing steps as needed without hesitation with a close eye on the impact from the coronavirus epidemic for the time being,” it said in a statement after a hastily called emergency meeting.

The measures did little to calm market nerves though, as Asian shares and U.S. stock future plummeted, underscoring the fears the health crisis might prove much more damaging to the global economy than initially anticipated.

France and Spain joined Italy in imposing lockdowns on tens of millions of people, while the United States saw school closings, runs on grocery stores, shuttered restaurants and retailers, and ends to sports events.

“Market reactions to each surprise monetary policy easing have been sell first and ask questions later,” said Selena Ling, head of treasury research and strategy at OCBC Bank in Singapore.

“The more unprecedented measures by the Fed and other central banks, the more investors worry if (they) know something we don’t… fear remains the crux of the problem here as market players remain unconvinced that monetary policy easing and liquidity injections will solve an essentially healthcare crisis.”

Five other central banks cut pricing on their swap lines to make it easier to provide dollars to their financial institutions, ramping up efforts to loosen gummed up funding markets and calm credit markets. They also agreed to offer three-month credit in U.S. dollars on a regular basis and at a rate cheaper than usual.

The move was designed to bring down the price banks and companies pay to access U.S. dollars, which has surged in recent weeks as a coronavirus pandemic spooked investors.

All the same, many analysts are predicting a marked downturn in the world economy.

“A global recession has moved from a risk case to a base case,” said Matt Sherwood, Sydney-based head of investment strategy at investment firm Perpetual.

“Financial conditions are tight and are likely to remain so until the coronavirus’ growth rate slows, and stimulus is enhanced. This may take considerable time as oil prices are implying high stress in credit markets.”

The People’s Bank of China (PBoC), which has rolled out powerful stimulus measures since the outbreak began in the country’s Hubei province late last year, was a bit of an outlier as it kept its rates steady.

“Besides, China has already used other monetary policy tools including re-lending and cuts to bank’s reserve requirement ratio to (keep the liquidity ample),” he added. – Reuters