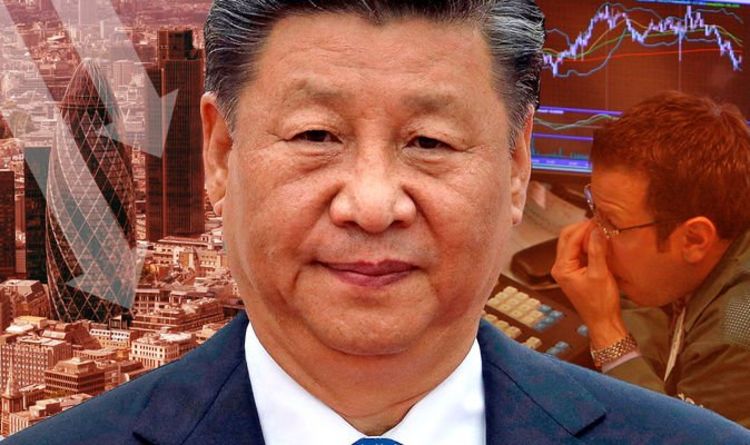 Aside from the Wuhan region, where the coronavirus was first reported last year, the pandemic has been much more traumatic and deadly for the West than for East Asia. As a result, European and particularly American economic recovery likely will be relatively slow. According to David Kelly, chief global strategist at JPMorgan Asset Management, places such as South Korea, Taiwan and Hong Kong undoubtedly have a better chance of “escaping from COVID-19 than Europe and the US does”.

He explained: “I think the overall outlook for East Asia is quite good relative to other regions of the world … in economic terms and probably in market terms in the second half of 2020.”

The strategist also said China, where the virus was first reported late last year, is likely to keep reopening its economy as it takes a different approach from the West.

He added: “It may be that while the US and Western countries will shy away from achieving some sort of herd immunity and wait for a vaccine, it could be that China may soldier on with reopening the economy even if there’s some rise in the caseload and they will sort of struggle to try and dampen down that growth but not abandon this reopening of the economy.”

Mr Kelly’s comments should not come as a surprise, though, as according to unearthed reports, the first trend that became clear in the aftermath of the 2008 global financial crisis was the rise of Asia.

Economic historians pointed to its inevitability, recalling that until the 18th century, Asia accounted for half the global GDP.

The Industrial Revolution accompanied by European naval expansion and colonialism contributed to the rise of the West, but now the balance is reportedly being restored.

In a 2014 paper titled ‘Why Was Asia Resilient? Lessons from the Past and for the Future’, IMF economists Phakawa Jeasakul, Cheng Hoon Lim, and Erik Lundback, claim that better initial conditions – in the form of lower external and financial vulnerabilities – contributed significantly to Asia’s resilience and success during and after the 2008 financial crash.

The paper says: “The widespread default of US subprime loans in 2007 erupted into a major financial crisis that spilled over to Asia and the rest of the world.

“With liquidity conditions rapidly deteriorating toward the end of October 2008 banks and other financial institutions at the core of the global financial system pared back their positions overseas, forcing asset fire-sales and the withdrawal of credit lines around the world. Trade financing dried up and worldwide demand plunged.

“The economies of the major advanced countries ground to a halt in the fourth quarter of 2008 and Asia, along with the rest of the world, suffered a sharp decline in output in the ensuing global credit crunch.”

However, the economists noted, there was no full-blown financial crisis or sharp destructive external adjustments.

They continued: “Asia was relatively resilient and able to preserve systemic stability, while the euro area encountered its worst economic and financial crisis in history and other major advanced economies struggled to regain their footing.

“A number of economies such as Australia, China, and Indonesia continued growing throughout the global financial crisis while the economies that saw an initial steep decline in output, such as Korea, Malaysia and Singapore, posted swift and robust recoveries.”

According to the paper, the reason behind this was “better initial conditions”.