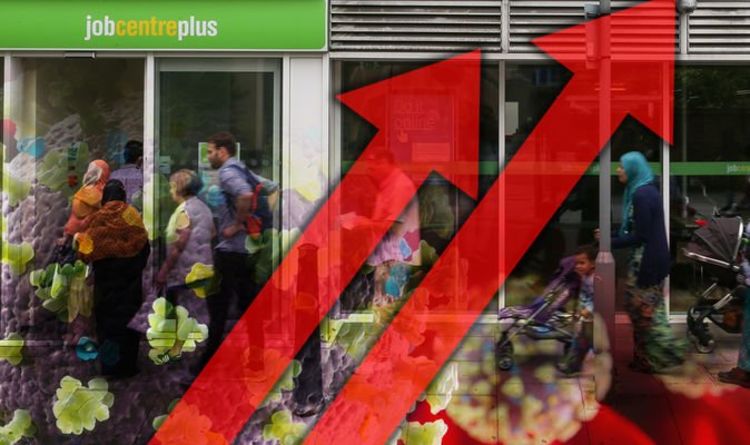 Pummelled into recession by the coronavirus pandemic, the global economy will suffer a steep contraction this year of 2.9 percent, according to a report by the Ifo Institute. Many countries are under lockdowns to curb the spread of an outbreak in which more than 3.21 million people worldwide have been infected and over 200,000 have died bringing global economic activity to a halt, particularly in the services industry.

Researchers Dorine Boumans, Sebastian Link and Stefan Sauer from the Ifo Institute, said: “This has been an unprecedented low since the survey began in 1989.”

The warning comes as the eurozone economy looks set for its deepest recession on record and the British economy is also expected to suffer its worst peacetime downturn ever.

The report, which 1,000 experts from 110 countries took part in April, predicted that the eurozone would be particularly hard hit and contract by 5.3 percent.

While the economies of EU members would also be crippled, including the fragile economy of Italy where the economy is expected to shrink by 7 percent.

Italy has registered 27,967 coronavirus deaths, the highest tally in Europe, and has introduced some of the world’s toughest lockdown measures, which look certain to tip the fragile economy into a deep recession.

While German economic institute Ifo said it expected the economy to contract by 6.6 percent in 2020 year-on-year due to the coronavirus.

It comes after the European Central Bank said it would make loans to banks even cheaper but kept the terms of its hallmark asset purchase scheme unchanged.

Lockdowns in place across Europe to curb the spread of the virus have already cost millions their jobs and governments are borrowing record amounts just to keep their economies going until restrictions on businesses and households can be eased.

Meanwhile, The US economic recession looks to be much worse than thought just a few weeks ago.

The downturn has hammered the US labour market, where unemployment was near historic lows before the crisis.

A record 30 million Americans sought unemployment benefits over the last few weeks, confirming that all the jobs created during the longest employment boom in US history were wiped out in about a month.