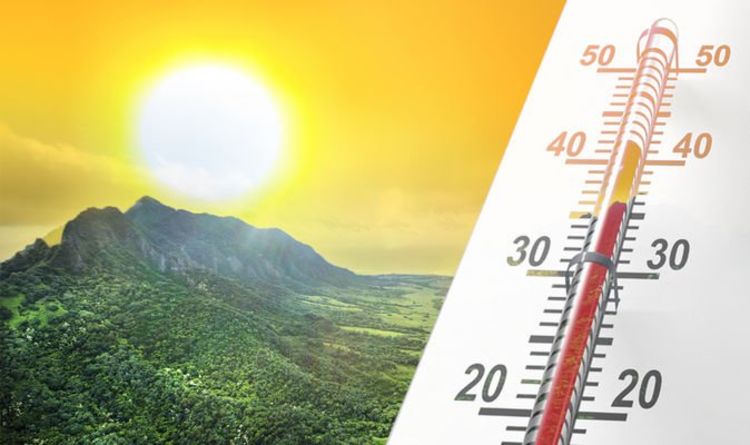 The process, known as evapotranspiration, occurs when plants consume the heat-trapping greenhouse gas and release water.

Much like humans sweating on a hot day, evapotranspiration can have a cooling effect on the air.

In other words, with more carbon dioxide feeding plant growth, the planet is slightly cooler than otherwise expected.

The effect was described in a paper published in the journal Nature Reviews Earth & Environment.

Study co-author Jarle Bjerke of the Norwegian Institute for Nature Research said: “It is ironic that the very same carbon emissions responsible for harmful changes to climate are also fertilising plant growth which in turn is somewhat moderating global warming.”

With more CO2 present in the atmosphere, NASA satellites have observed an increased greening of the planet.

Data collected between 2000 and 2018 shows boreal and Arctic regions have become increasingly green as a result of global warming.

According to NASA scientist Rama Nemani, areas such as Svalbard in the high-Arctic have seen up to a 30 percent increase in greenness.

The scientists have now established the planet is greener than it has been in the early 1980s.

Rising levels of CO2 have helped plant life thrive by increasing the rate of photosynthesis.

According to the study, however, global warming has had a negative impact on greening in the tropics.

“But reducing carbon emissions is still needed in order to sustain the habitability of our planet.”

In their study, the scientists also noted increase greening and heat-trapping can have an inverse effect on land surface temperatures.

Despite a slight cooling of the air, greener canopies absorb more sunlight than bare ground and lead to a process known as albedo warming.

Overall, however, the scientists have proposed greening could be used to fight against the effects of global warming.

In their study, they wrote: “Modelling indicates that greening could mitigate global warming by increasing the carbon sink on land and altering biogeophysical processes, mainly evaporative cooling.

“Coupling high temporal and fine spatial resolution remote-sensing observations with ground measurements, increasing sampling in the tropics and Arctic, and modelling Earth systems in more detail will further our insights into the greening of Earth.”