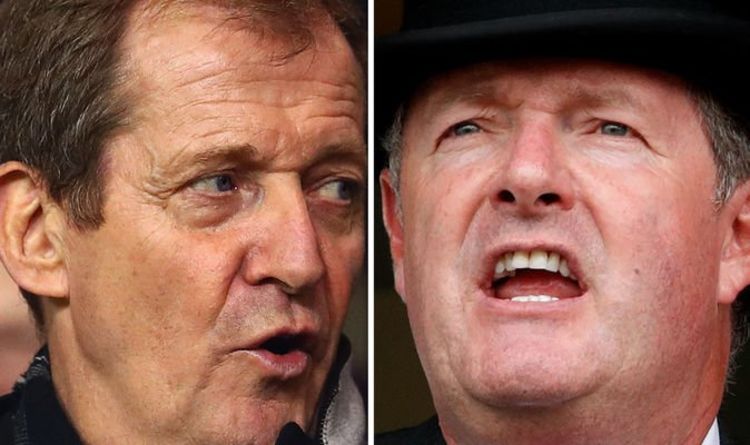 Piers and Mr Campbell found themselves in yet another argument over the latter’s time as spin doctor for Tony Blair’s Labour government. It came as Sky News’ Julia Hartley-Brewer attempted to defend the media over the passing of well-known TV presenter, Caroline Flack.

To this, Mr Campbell replied: “Suggest you and Piers Morgan have a day off.”

Piers was quick to respond to the calling out, and tweeted Mr Campbell: “YOU are lecturing people about how to engage on social media?

“A man who spun this country into an illegal war & who spews constant hateful abuse about anyone who doesn’t share his political views? Irony is truly dead.”

It was a reference to Mr Campbell’s time as Mr Blair’s spin doctor.

In 1994, Mr Campbell left his job as news editor at Today in 1994 to become the press secretary of Mr Blair.

He rose to prominence, being credited with coining the term “New Labour” and writing the speech that led to the party’s review of Clause IV, and the subsequent birth of a new kind of party.

The dossier and investigation have since been criticised as overstating or distorting the actual intelligence findings.

It led to the claim that Iraq was seeking to buy uranium from Africa, a statement which was reported in US President George W. Bush’s 2003 State of the Union Address.

Yet, in March 2003, the International Atomic energy Agency (IAEA) eventually obtained documents the US referred to in making this claim, and concluded they were obvious fakes.

Mr Campbell has since worked to defend his corner in claims and allegations against him.

In 2011, shortly before the end of the Iraq war – that spanned eight years – Major General Micheal Laure disputed Mr Campbell’s claim that the September Dossier was not meant to “make the case for war”.

He told the inquiry those producing the dossier “saw it exactly as that and that was the direction we were given”.

Mr Campbell, however, said those “directly involved” in producing the dossier had backed him.

The Iraq inquiry examined events between 2001 and 2009, including the decision to go to war, post-invasion planning, what lessons were learned, and whether troops were properly equipped.