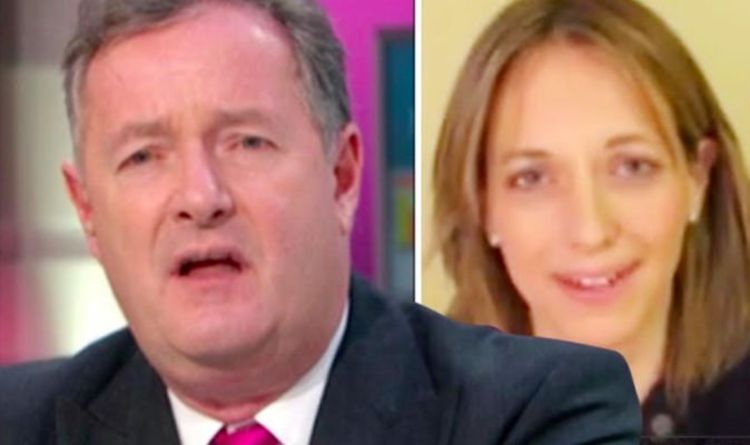 Whately joined Morgan and Reid to talk about the ongoing issue with personal protective equipment as well as the number of care homes who are reportedly not receiving any at all.

The interview got off to a heated start as Morgan demanded answers over whether care homes were receiving PPE.

He also insisted he would not end the interview until he had the precise answers he wanted about the number of deaths in care homes due to covid-19.

Morgan asked: “Is it true that 4,000 people have died in care homes yes or no? What’s really important is that you answer straight questions.

“The data we have from the ONS tells us that up to April 3 up to 217 people have died from coronavirus.

“Since then, I know from talking to many care professionals that many more people have died and we are working hard to work out that data.”

Morgan continued to clash with Whately throughout the interview and those watching at home were left divided as to how it all unfolded with many slamming Morgan on Twitter.

One viewer tweeted: “@piersmorgan just won’t let people answer. Just constant yelling over them after they get one word out. What kind of journalism is this? Piers get it together you’re not making the nation feel better with your anger.”

A second added: “The question was well out of context, it was wrong to ask it. Piers wasn’t listening to her answer and was just trying to score points.”

Another said: why are you trying to shame her by saying she was laughing? she wasn’t laughing at all – I could see her becoming frustrated by your constant interruptions and inability to allow your guest to answer a question unless it is in agreement with your ideology! embarrassing interview.”

“If Piers Morgan wants to bring the government to task or down, he should wait until this crisis is over! Now is not the time. @GMB.”

Someone else shared: “Gosh this minister walked in for an interview she’s got whipped, flogged and then crucified it’s painful to watch. #GMB.”

However some praised Morgan’s interview, with one viewer sharing: “@piersmorgan on #GMB this morning is brilliant. Backing nurses and social care workers to the end. Amazing.”

Another added: “Say what you want about @piersmorgan on #gmb but he has some very valid points! He’s destroying her, rightfully so.”

Someone else continued: “@piersmorgan @GMB How dare you bully the Care Minister!

“You accused her of laughing, quite clearly she was not laughing at the situation you moron, you shouted her down whilst she was explaining that you asked her to read something  she couldn’t see. Stop twisting situations!”