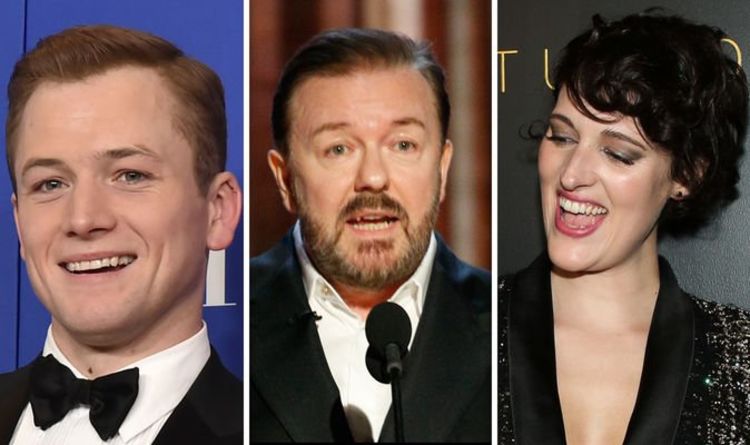 The 77th Golden Globes went off with quite the bang, and British comedian Ricky Gervais was back to host for the third time. The ceremony was full of stars, from Beyonce to Tom Hanks, who bagged the coveted Cecil B. DeMille Award for his life in film. But which British stars took home a prize at this year’s ceremony?

This year, British stars performed incredibly well at the Golden Globes, with actors, directors and writers from film and TV taking home prizes.

Films were full of British talent, with names such as Daniel Craig, Emma Thompson, Anthony Hopkins and Christian Bale among nominees.

The same could be said about the TV categories, with Brian Cox, Olivia Colman, Jodie Comer, Phoebe Waller Bridge and Helen Mirren among those nominated.

In the end, a huge number of these bagged awards, while others enjoyed watching their colleagues in the acting, directing and writing worlds take home their gongs.

Other than these winners, there were a huge number of British and Irish stars who were nominated for awards.

In the film acting categories, Christian Bale was nominated for his role in Ford v Ferrari, known in the UK as Le Mans 66.

He lost out to Joaquin Phoenix’s role in Joker, as did Jonathan Pryce, who portrayed Pope Francis in The Two Popes.

Daniel Craig and young Roman Griffin Davis were also nominated for their roles in Knives Out and Jojo Rabbit, but lost to Taron Egerton.

Dame Emma Thompson lost out to Awkwafina in the Best Actress in a musical or comedy.

In the TV categories, The Crown, created by Brit Peter Morgan, and thriller show Killing Eve sadly lost out to Succession, though this was created by British writer Jesse Armstrong despite being an American show.

Kit Harrington and Tobias Menzies lost out to Brian Cox in the Best Actor in a Television Series category, for their work in Game of Thrones and The Crown respectively, while Jodie Comer lost to Olivia Colman in the Best Actress category.

In the miniseries categories, Sacha Baron Cohen and Jared Harris lost out to Russell Crowe, who won Best Actor for his role in The Loudest Voice, while Dame Helen Mirren was nominated for her role in Catherine the Great, losing to Michelle Williams.

In the Best Supporting roles, Andrew Scott was nominated for his role as The Priest in Fleabag, while Helena Bonham Carter and Emily Watson were nominated for their roles in The Crown and Chernobyl, but sadly lost to Stellan Skarsgard and Patricia Arquette.

While mainly Brits were unsuccessful, we need not despair as many won and, if the odds are on, there will likely be many British winners at upcoming ceremonies.