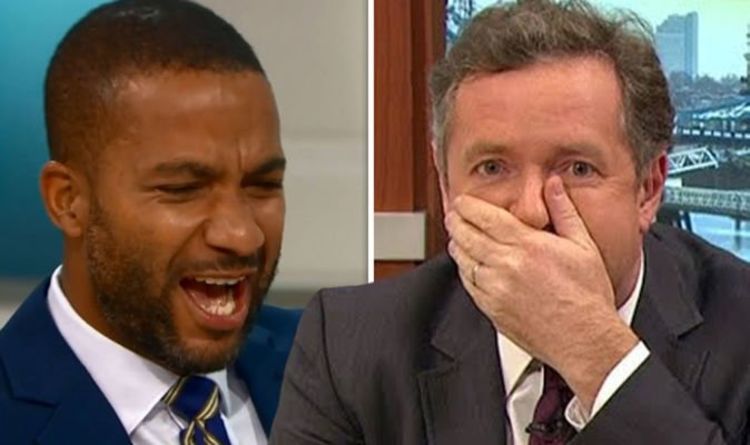 Sean, 46, was a guest on Thursday’s edition of Good Morning Britain, with actor Adil Ray, 46, in place of Piers Morgan, 55, as the host takes a seven-week break from the show to coincide with the schools’ summer holidays. The former sports presenter for the ITV programme joined the host and political reporter Ranvir Singh, 42, to discuss his new project, Sean Fletcher’s Welsh Adventure. However, they managed to slip into the conversation he would be replacing the Life Stories star next month and would be sitting alongside the ITV political reporter.

Adil asked Sean: “Aren’t you coming back here for a stint in August?” to which he confirmed the news he would be replacing Piers.

“I think so with Ranvir, I’ll have to check my rota,” he remarked but just to clarify the news, the actor jumped in again to remind viewers of the announcement.

“It wasn’t clear there, but I believe Sean is going to be main hosting as well. That’s brilliant,” he said.

For the past few weeks, the hosting duties have been shared between the Ackley Bridge star and Tipping Point presenter, Ben Shephard, 45.

Susanna Reid’s, 49, position has also been filled by the show’s political reporter as well as Charlotte Hawkins, 45, and Kate Garraway, 53.

The sports presenter is no stranger to Good Morning Britain, having joined as part of the original team to launch the daytime show back in 2014.

At the time, Ben was the main host, with Piers joining back in November 2015 where he became a regular anchor on the programme.

During his time in the ITV studio, Sean was on hand to bring the latest sports news every day of the week, with his co-stars appearing on a rotation basis.

In the July of the shows debut year, the father-of-two flew to Brazil to report on the live reactions and highlights of the FIFA World Cup.

One posted: “Sean presenting. That would be great with any lady. Charlotte. Ranvir. Kate. The best team ever…#gmb.”

Another added: “Sean Fletcher miss you ..love you ..programme not the same without you..come back!!!! #gmb.”

With his seat being kept warm by several of his colleagues, Piers is currently enjoying a holiday abroad with his family after presenting the show during the coronavirus pandemic.