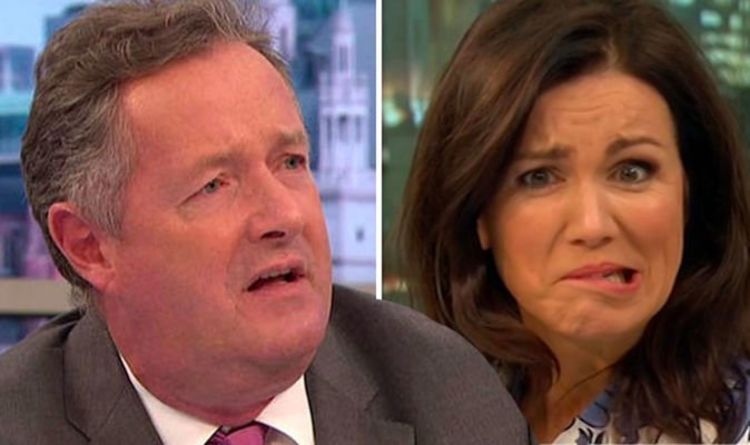 Piers Morgan, 54, usually hosts Good Morning Britain alongside co-star Susanna Reid, 48, from Monday to Wednesday. However, after the pair took a break from the ITV news show last week, they were both meant to return to their duties today. However, the popular presenter was nowhere to be seen as a former BBC Breakfast star stood in.

It was announced a couple of weeks ago Susanna’s former co-host Bill Turnbull, 64, would be sitting alongside her instead of Piers.

The former BBC Breakfast presenter stood down from his role on the broadcaster’s flagship programme in 2016 and hasn’t hosted any show since.

During the time he has been absent from screens, the veteran journalist has been battling with prostate cancer and receiving treatment ever since.

However, his rare return to the hot seat left viewers in meltdown as they were overjoyed to see him presenting instead of Piers.

Taking to Twitter, one wrote: “Great to see Bill Turnbull in the house. Could we just swap him for Piers Morgan? Please? #goodmorningbritain #gmb.”

Another added: “It is so nice to have Bill Turnbull on #GMB. I don’t need to shout at the tv this morning #notmissingmorgan.”

Whilst a third commented: “Bill Turnbull!! What a guy. Makes the world seem a better place. Well done

A fourth remarked: “Aaw, how nice to see Bill Turnbull presenting on #GMB with @susannareid100 That’s the way to do it Thumbs up.”

Speaking about replacing Piers, Bill told The Mirror: “On the one hand, it’s great to be back doing live television.

“The other part of me thinks, ‘What on earth am I doing?’, having sworn never to do breakfast television again!”

Of how he would be different to the show’s opinionated host, the former BBC Breakfast star joked: “Answering that would put me on thin ice, on deep water!

“But I can say, I don’t have such strong opinions as Piers has and I don’t voice them as much as he likes to.”