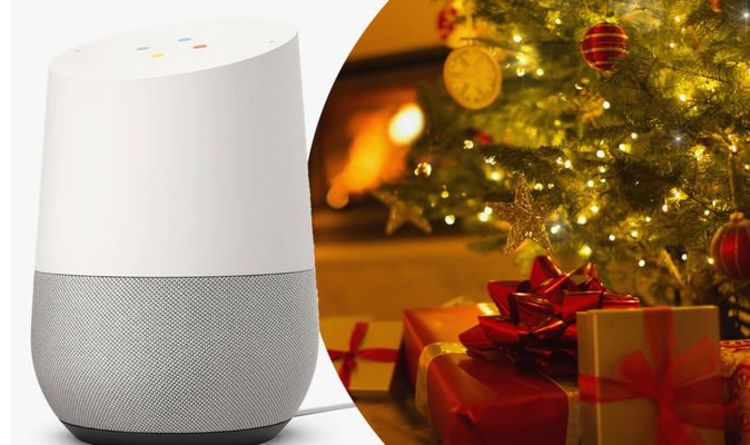 Chestnuts are roasting on an open fire, Jack Frost nipping at your nose – and Google has a slew of handy features to make sure the festive period goes off without a hitch. The Mountain View-based company has loaded its Google Assistant with a bevy of nifty tricks to make your life a little easier.

One of the biggest bugbears of the Christmas period is crawling beneath the tree to get to the wall plug to turn on the lights – trying not to knock down the sentimental baubles or crush the first gifts that have already found their way beneath the tree. If you’ve kitted yourself out with a smart plug – there are a plethora of different brands out there and the vast majority boast support for the Google Home app – you can ask your nearest Google Assistant-compatible device to light-up the Christmas tree.

Google Assistant is compatible with the entire Philips Hue lightbulbs, including the new Bluetooth range which no longer requires a Bridge connected to your router but lets you pair seamlessly with a Nest Mini within the Google Home app. Simply ask Google Assistant to turn your Hue lights on/off, dim/brighten the lights, or put on a certain colour or shade of white light.

But it’s not just Philips Hue. Smart lighting rival LIFX also lets you connect without a Bridge – just screw the bulb into the fitting and connect the bulb – which can switch between one trillion different colours as well as a huge range of cool to warm white tones. Like Phillips Hue, all of this can be controlled by the most popular smart assistants, including Google Assistant. Shouting orders to the chatty AI assistant lets you turn the light on or off, change the colour, dim or brighten and switch colours.

Using the Routines feature built into Google Assistant, you can create custom commands that launch a series of different actions – so, you can bark “Hey Google, it’s Christmas” or “Hey Google, Santa is coming” to switch on the tree, set the other smart bulbs in the living room to a warm festive glow, and kickstart your Christmas playlist on any speakers around the home, for example.

READ MORE
Google Chrome for Windows and Mac has a great new feature you can use right now
Google Chrome update might be the most important in years
Google Maps reward: Google is dishing out exclusive discount codes – are you missing out?

From November 27th through January 6th, Google has added an extra festive treat to Nest users. Those who own a Nest Hello smart doorbell will have the ability to transform their chime with Christmas Ringtones to make the front door even more delightful and welcoming during Christmas.

Google has also added some nifty new tricks to help you stay organised over Christmas. That’s especially if you’re hosting over Christmas, there’s a lot to prep involved. As you remember things you have to do, just add them to a running list of reminders: “Hey Google, remind me to pick up the Christmas pudding” and when you head out for the day, you’ll have the reminder on your phone.

Add to your shopping list with ease. Between presents, cooking, decorating, and more, stay organised with lists. Just say, “Hey Google, create a list called Food Shopping” and the Google Assistant will ask what you want to add. In the Google Home app, you’ll be able to change the default To Do list app, including Google Keep as well as Any.do and others.