Google Maps: Driver’s rude action caught on StreetView – did he know the camera was there?

Google Maps is used the world over by people seeking a little assistance navigating their way around the world. However, it is also increasingly used to spot weird and wonderful global occurrences.

Recently, a Reddit user came across an image of a driver who was pulling a very rude action.

The question is whether he knew the camera was there.

In what appears to be a residential neighbourhood in Florida, US, a dark green van is driving along the road.

From its position, it appears to be behind the car which carries the Google StreetView camera. 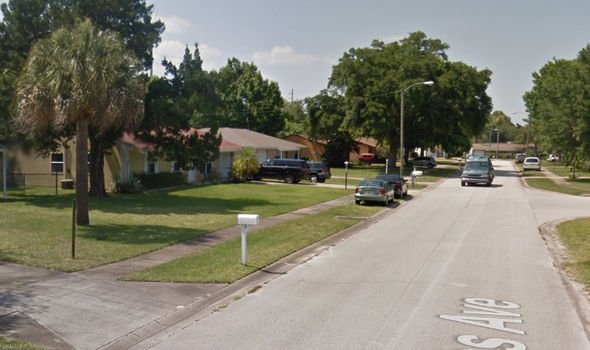 Though nothing about the surroundings or the vehicle are out of the ordinary, it’s the driver of the car that is attention-grabbing.

The disgruntled driver has stuck their arm out of the window, flashing a very rude gesture to the world passing by.

The moment raises many questions about what happened prior to the image being snapped to cause such a strong reaction.

Was the driver of the van annoyed at a pedestrian or someone passing by? Or was he, in fact, not happy with the Google StreetView camera?

DON’T MISS
Old man caught in very embarrassing photo as he flashes this [PICS]
Bringing this snack to the US could see tourists detained at border [INSIGHT]
WATCH: Plane passengers astounded as woman gets this out [VIDEO]

Though little is known about the back story to the incident, users have commented on the fact Google hasn’t made much of an attempt to hide his hand action.

One user wrote: “The attempt to blur the finger was there… But it was not successful.”

As per Google’s privacy policy, the team blur out faces of people, as well as private property on request.

The technology is also known to have snapped lude scenes in the past which it has been quick to censor. 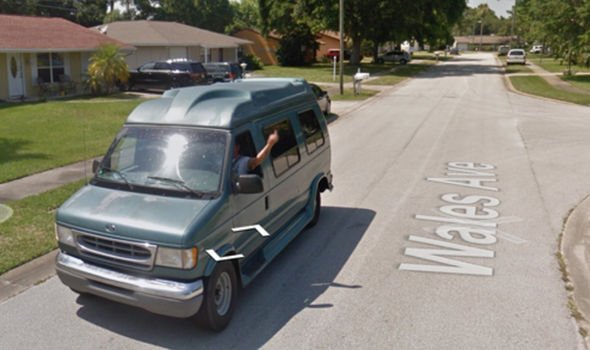 Google Maps: The man can be seen making a rude hand action at the camera (Image: Google Maps)

However, every now and then they forget to add a privacy filter.

In Birmingham, UK, users were left baffled after spotting what appeared to be a green-faced “alien” man.

His menacing, monster-like features were almost immediately noticeable, his black eyes bearing into the camera.

The “alien” man was snapped on a busy street in the city centre, half shielded by a car.

He told The Sun: “I just froze in fear when I saw him and the hairs went up on the back of my neck.

“The Google info says it was shot in April so it wasn’t even Halloween. I searched for nearby conventions as well on that date and nothing. It isn’t faked either as you can see there are reflections on the car.

“I’m not really into conspiracy theories but we’ve been full of them since seeing it.”

However, not long after the user pointed out the scene, it was suddenly blurred from view.

It is thought that the man was wearing a mask, though the sudden censorship begs its own questions.

Was the filter a privacy precaution or is Google hiding something out of this world?