Google Maps: Man with gun caught by Street View in... 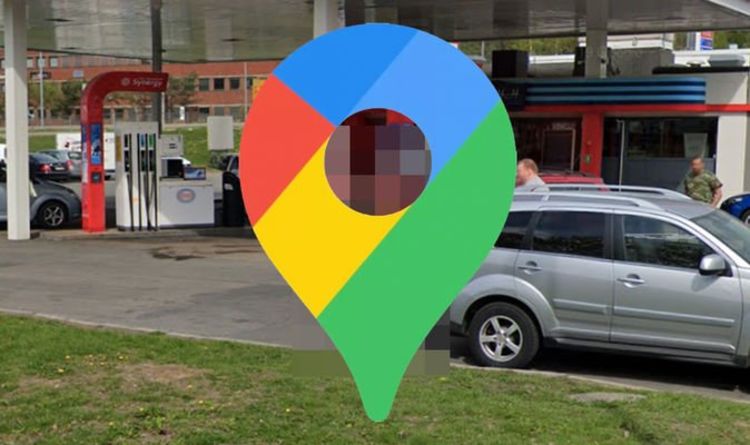 Google Maps Street View is an online mapping service owned by the search engine Google that helps people navigate around the world. It can be used to figure out where you are, how to travel to certain destinations and how long it will take you on different modes of transport. Google Maps also allows users to search the globe through satellite images, street maps and panoramic views of streets.

But as you zoom in on the sight, a man wearing head-to-toe khaki can be seen wielding a huge gun.

Other people at the petrol station are seen staring at the man in disbelief as the Google car drives past.

Further down the road and the Google Street View camera has taken another snap of the same man.

This time, he has his arms in the air along with the gun, appearing to be cheering while stood by the open boot of a silver car.

Another man wearing khaki can be seen walking towards him.

It is not clear why the man is carrying a gun but the most likely explanation is that he is a member of the Norwegian Armed Forces or the Home Guard.

The unbelievable sight was spotted by a Reddit user.

They captioned the post: “In the suburbs of Oslo, Norway.”