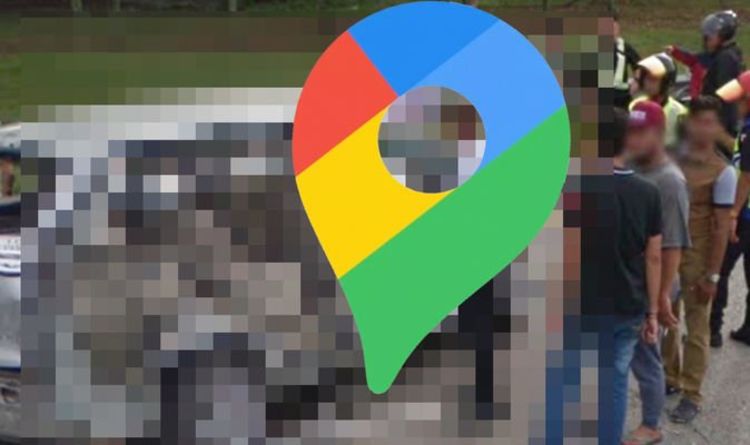 Google Maps Street View emerged on screen in 2007 and brought with it the ability to spot unexpected moments unfolding all across the globe. However, while sometimes these moments are humorous or simply plain bizarre, others can be much more unfortunate.

In Malaysia, the Google Street View cameras managed to pick up the aftermath of a devastating scenario.

The scene unfolds on a roadside, where a group of people have congregated as a result of the situation.

There, at the side of a tree-lined road, is a car which looks obliterated, likely to be following a violent crash.

The entire side of the silver vehicle has been demolished, revealing the car’s mechanics as well as the seats inside.

Though fortunately, there does not seem to be anyone injured at the scene despite there being a number of people standing around.

Some of the people are dressed in plain clothes, with two worried-looking men in jeans standing side by side, who could well have been in the car.

They are joined by a number of emergency services including police and the fire brigade.

The image was shared on Reddit, accompanied by the caption: “Aftermath of car crash in Malaysia.”

ByHowever, he was previously wed to the late Princess Diana. The pair's romance is currently playing across global screens thanks to popular Netflix show The...
Read more
Travel

ByRyanair Ryanair has continued to operate some flights throughout the lockdown, particularly for those who need to travel or "essential" reasons.However, this has been at...
Read more
Travel