Google Maps: Street View captures the most bizarre scene in... 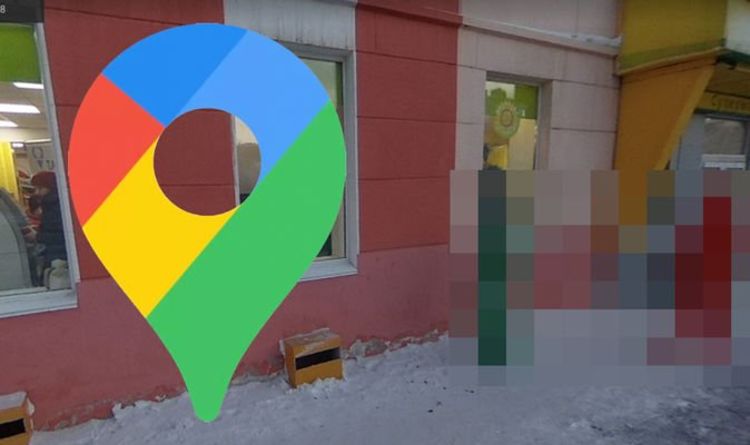 Google Maps Street View is used regularly by people who wish to take a glimpse of the world from the comfort of their armchairs. Users can look at various landmarks such as Buckingham Palace, the pyramids and the Eiffel Tower all from their own homes. The tool is great for people who don’t like to travel abroad or those who are not able to visit some of the world’s most impressive wonders of the world.

However, sometimes the huge camera spots some rather bizarre sights.

Street View is also used by eagle-eyed users to spot hilarious scenes which could potentially catapult the snaps to fame.

These users often share the images they find, which can range from being hilarious to rude, in the hopes that they will go viral.

Even bizarre objects found on the tool can become famous such as the man who was spotted with a giant spatula.

The image seems fairly regular on a first glance.

That’s until you realise what some of the pedestrians on the road are wearing.

The main scene shows two people – it is unclear whether they are male or female – wearing different coloured hazmat suits.

The person in red appears to be carrying a bucket.

To the left of the scene, as the camera pans round, there is a person wearing a yellow hazmat suit walking past the suit.

And if you zoom in behind the person in red, there is a person in a dark blue hazmat suit directed towards a taxi in the road.

It is unclear why the persons are wearing the outfits or what they are doing with the bucket.

The bizarre scene was spotted by a Reddit user who posted it on the site with the caption, “These four random blue, red, green and yellow guys following the camera in Norilsk. Staring at walls and down bins.”