Google Maps, with its satellite imagery, aerial photography and Street Maps has revolutionised how people get from point A to point B. Users can measure distance in Google Maps for Android and the web, either in an area or along a route – but can they measure the radius of a circle on the map?

Online mapping tools such as Google Maps are now indispensable for travel planning, but many also provide supplementary tools.

Google Maps can accurately measure distances in a straight line or even an area.

One good use of the tool is to measure distances walked along footpaths – a useful tool for learning the distance covered on a walk.

While some of the functionality is cross-platform, Google Maps for Android or iOS can only measure the distance between two points.

Users will need a computer in addition to Google Maps to calculate the surface area between defined points.

Can you measure radius on Google Maps?

Drawing a circle with a certain radius around a fixed point could, for instance, show you all the parks within 3.1 miles (5km) of your house.

On the other hand, you could draw a circle on a map to find out through its radius where the exact centre is.

The radius of a circle is the distance from its edge to its centre.

Unfortunately, Google Maps does not have the built-in functionality to determine the radius of a circle around a point.

But you can still use Google Maps to calculate the distance between two or more points, as well as along a defined path such as a road.

How to measure distance on Google Maps:

Begin by navigating to Google Maps on maps.google.com.

Then in the map view, right-click on the desired starting point and select Measure Distance.

To measure the distance to another location on the map in a dead straight line, simply click on the point using the cursor.

Google Maps will reveal the exact distance in miles, kilometres and even metres.

Users can also extend the measuring path with additional points to follow the course of a road.

This can be used to measure the distance of a route, such as a walk.

How to measure area on Google Maps:

To calculate surface area, simply use the ruler function to set the points along the outer boundaries of the desired surface.

This should be followed until the end-point corresponds with the starting point.

This technique works particularly well for properties via the Google Maps satellite view.

The total area appears like the measured distance in the information box. 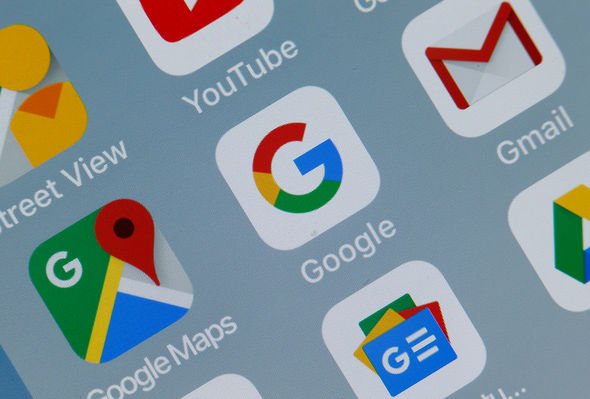 How to measure distance with Google Maps for Android and iOS:

People can also measure the distance of straight lines with the Google Maps app for Android and iOS.

Start by clicking the starting point on Google Maps to select it with a red marker.

Next tap on the name of the location below to open the details.

Users can also manipulate Google Maps to select a new destination, at which point an updated distance will be displayed.

The blue plus button can be used to add more points on the route for more complex calculations.

Every Android phone requires a magnetometer to optimise the Google Maps compass function.

Before the compass is calibrated, first check whether the device’s direction is being accurately reported in Google Maps.

Begin by opening the Google Maps app on any Android device.

Next, look for the blue circular icon showing your location.

If the icon is not visible, tap the circular bullseye icon in the screen’s bottom-right corner.

This will bring up its current location, according to Google Maps.

A device’s direction is shown as a blue beam resembling a flashlight around the circular location icon.

If the beam’s range is too vast, Google Maps may request users to calibrate their device’s compass.

But if the device does not do this, users are required to calibrate the compass manually.