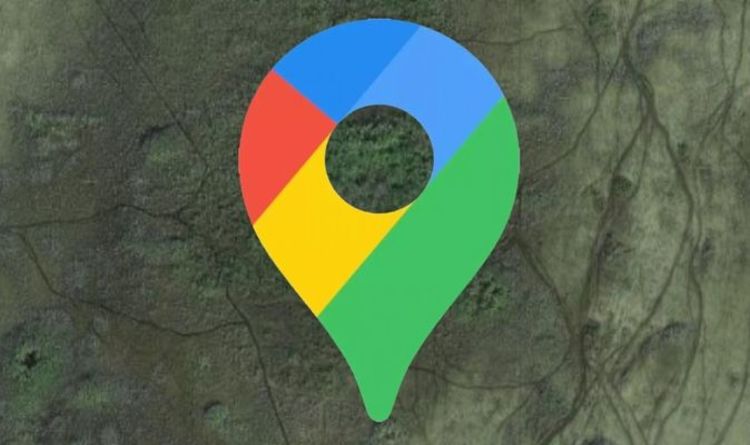 Posting the photo on Reddit, the eagle-eyed Google Maps user wrote: “Even if there’s a logical explanation for it, why is it so far from anything/anyone?

The scene takes place in Three Mile Island in Florida which is where the nuclear incident happened in 1979.

The white looking object is surrounded by greenery and when zoomed out on the map, there are no other buildings to see for miles.

READ MORE: Google Maps: Users left shocked after man is found lying in street – how did this happen?

One user commented: “It looks like there’s a propane tank to the east of the first building, as well as a very small, possibly overgrown road leading east from the facility to the visible road in the second.”

Another said: “It’s so weird when a building is in the middle of nowhere. Very unsettling.”

This isn’t the first scene that has sparked UFO concerns amongst Reddit users.

This strange object is again in the middle of nowhere and is surrounded by desert.

It is hard to make the object out but it looks like it has holes around the edge of it which is what sparked the UFO concerns amongst eagle-eyes google maps users.

Also because the spaceship-like object is in the middle of a forest surrounded by trees, people questioned why there was no human life around.

However this scene appears to have an explanation as to what the object actually is.

A Reddit user replied to the photo and said: “It’s definitely a cattle water trough, possible with a bore head attachment.

“The picture isn’t good enough quality to tell what exactly is in the picture, but at a guess I would say the bore head, a trough for cattle to drink from, a 30,000 litre water tank.”

One replied: “Thank you so much bruh, you have lifted a massive burden from my shoulders.”

Another said: “It is just a water filtering facility built in the architectural style of Wiener Secession.”

The image went viral and has been called Alien UFO Resort on the destination on Google Maps.