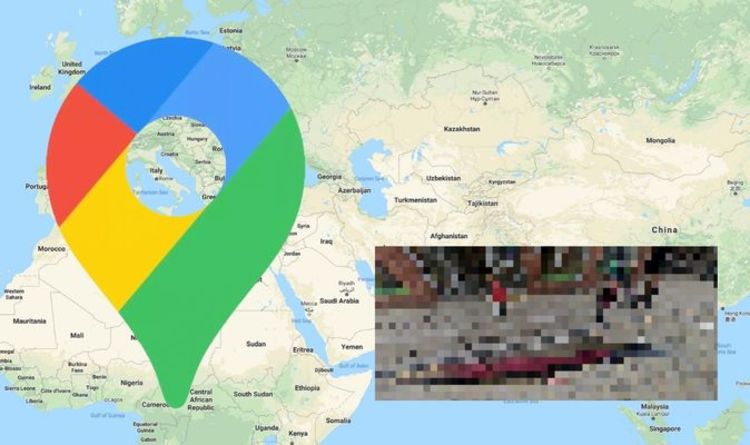 Users said that this was one of the weirdest sightings they had ever seen on the site.

While there is no instant explanation as to what has happened here, they may be a rational reason as to why the man is pictured twice.

Glitches are fairly common on Google Maps due to a number of reasons.

People are constantly moving, especially in a high-street and so this man may have got caught in a glitch.

When the Google Car was driving away, the man must have them walked across the road and the Google camera must have taken another photo, creating even more of a glitch.

This isn’t the first time a glitch has left viewers shocked and left asking many questions.

Another scene takes place on a mountain side, with beautiful views overlooking the sea.

Nothing appears to be out of the ordinary, until you zoom into the man’s face.

A Reddit user uploaded the photo with the caption: “Don’t want to be censored? Just remove a portion of your face.”

The man in the middle of the shot, seems to be missing part of his face.

It is also strange how the man’s face is only slightly blurred, while all the other people around him have their faces completely blurred due to Google’s privacy rules.

This man has become stuck in a common Google glitch where he must have been moving when the camera was taking a photo.