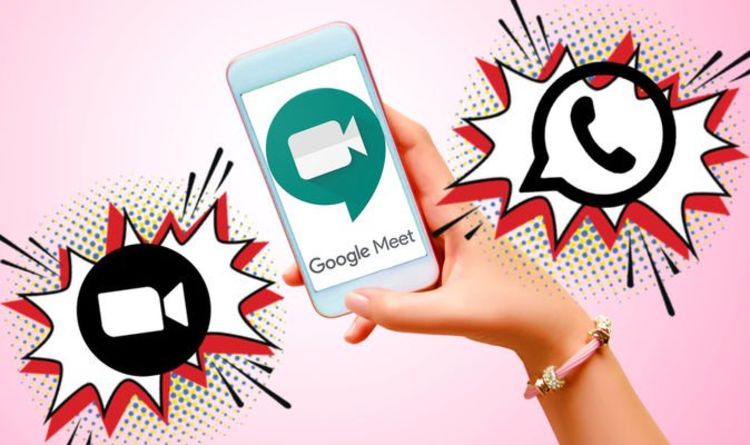 Google has started to roll out its noise cancellation feature to Google Meet (née Google Hangouts) after three years in development. The timing couldn’t be better as millions of people work and take classes from home – using video call applications to keep in touch with colleagues, teachers, friends, and family.

As the name suggests, noise cancellation will strip out any background sounds – like tapping on a keyboard, the soft hum of a desk-fan, or the rustle of a crisps packet during a mid-meeting snack. Google, which acquired Limes Audio back in 2017 to help power the system, says it started to develop the feature due to the time difference between the Google Meet teams in the UK and Stockholm with colleagues in the USA, who were often scoffing breakfast during meetings because of the time difference between the two offices.

Like active noise cancellation in headphones, Google cancels out the background noise in real-time using its nifty Artificial Intelligence (AI) system. It also adds clarity to your voice. This is similar to what its Google Home connected home gadgets do every day – as the smart speakers are able to pick out your voice command regardless of whether you’re listening to booming music or a blockbuster movie.

Google Meet’s noise cancellation feature all happens in the cloud, so shouldn’t be taxing on your laptop or phone – no matter how tired or underpowered it is.

MORE LIKE THIS
Too many people for the family video call pub quiz? Google just solved the issue with using WhatsApp and Zoom

As it rolls out to Google Meet users worldwide, noise cancellation will be enabled by default. Although, if you feel the need to regale your colleagues with the sound of your fingers hammering on the keys or the gurgle of the central heating kicking in, Google Meet users will be able to switch it off.

Google is leveraging its AI to bring a number of changes to video call users. Using facial recognition, Google Meet can identify your facial features and use software to lighten them – even if you’ve chosen to sit in front of a window, casting yourself in shadow. This feature is out now on iOS and Android. Those who join on laptops will not be able to use this benefit quite yet. Since there’s not a dedicated image signal processor built into the webcam of most laptops, it’s a little tougher for Google to roll out this feature quite yet.

Google Meet is available to anyone with a Google Account (these are free for anyone and you can sign-up with an existing email address if you’d rather not commit to Gmail) at Meet.Google.com.