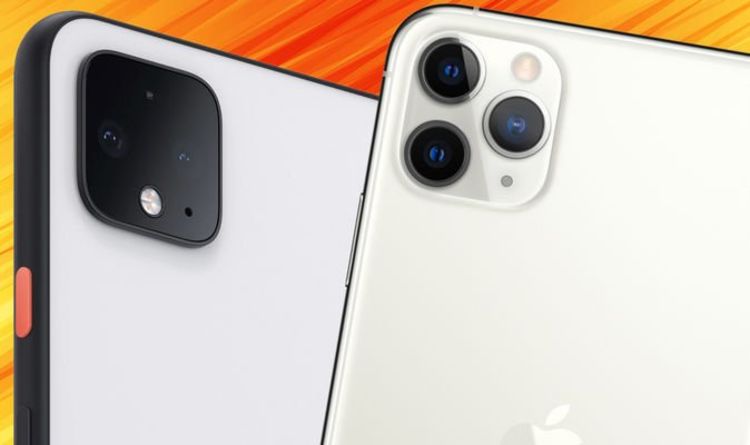 Pixel 4 is Google’s swanky new smartphone that was unveiled in full at a glitzy event in New York City on Tuesday. The device boasts a new design, a souped-up camera system and a super smooth 90Hz display.

The handset also boasts facial recognition, the first for any in-house Google phone. All previous Pixels have come with physical fingerprint sensors on their rear for unlocking.

Months before the official launch of the Pixel 4, Google was already shouting about the phone’s face scanners. In particular, the California company discussed a motion radar called Soli housed inside it that would allow for “more streamlined” unlocking than its competitors.

Express.co.uk has been testing the Google Pixel 4 since its reveal and, while we’re not yet ready to deliver our final verdict on the device, can confirm its face unlocking works intuitively and is abundantly fast.

But, it seems Google’s new system has one major flaw. It will unlock your device even if your eyes are closed.

In a nutshell, that means an individual could unlock your phone while you’re in a deep sleep, or just resting your eyes for a couple minutes.

Google has already warned Pixel 4 owners this is the case. Within the phone’s facial recognition settings a prompt is shown warning that someone else could unlock the device in such circumstances.

It reads: “Your phone can be unlocked by someone else if it’s held up to your face, even if your eyes are closed.”

Apple takes a completely different approach with Face ID, its vaunted unlocking system that debuted on the iPhone X back in 2017.

The tech was souped-up with the introduction of the iPhone 11, iPhone 11 Pro and iPhone 11 Pro Max back in September. Apple claims each device should be able to detect a face from more angles than their respective predecessors.

On a support page discussing Face ID, Apple says the technology is “attention-aware”. Meaning it will only unlock a device if it detects the user’s eyes are open.

What’s more, Apple specifically states an iPhone will not unlock if a user is sleeping.

“It’s designed to protect against spoofing by masks or other techniques through the use of sophisticated anti-spoofing neural networks.

“Face ID is even attention-aware. It recognises if your eyes are open and your attention is directed towards the device. This makes it more difficult for someone to unlock your device without your knowledge (such as when you are sleeping).”

There’s evidence to suggest Google is working on a new toggle for its face unlock feature that will require the individual’s eyes to be open. Ahead of its full release, outlet Nextrift got its hands on a Pixel 4 model and showed off a yet unreleased toggle within its face unlock settings that said “require eyes to be open”.

A brief description of the feature read: “To unlock the phone, your eyes must be open.”

The Verge reached out to Google about the setting. In response, the firm remained tight-lipped on if it plans to release it in full or not.

A spokesperson for the firm said: “We don’t have anything specific to announce regarding future features or timing, but like most of our products, this feature is designed to get better over time with future software updates.”

Anyone that doesn’t feel comfortable using the Pixel 4’s face unlock system in its current form is encouraged to use a feature called “lockdown”.

This tool can be added to the phone’s power menu options that disables all biometric unlocking in favour of a traditional PIN.

Without this though, it seems anyone that gets a hold of your Pixel 4 can unlock it simply by pointing it at your face.