Gordon Ramsay swipes at angry locals after returning to Cornwall... 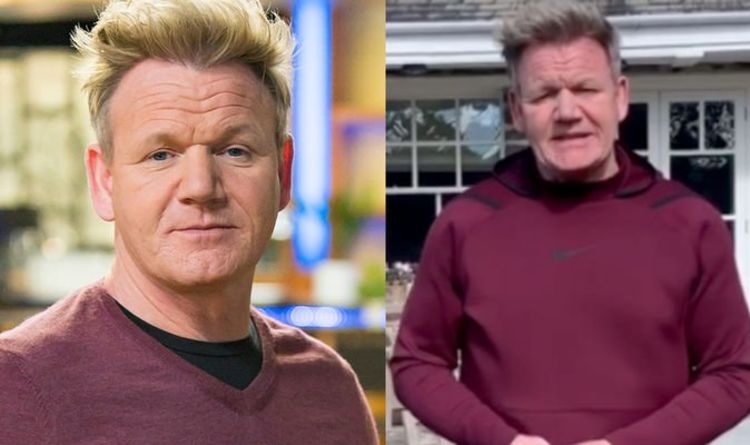 Hell’s Kitchen host Gordon Ramsay, 53, took a swipe at his angry neighbour after he received complaints from locals for relocating to his family’s Cornwall home during the coronavirus lockdown. The Kitchen Nightmares star gave his neighbour a taste of their own medicine by offering them a burger he made in 10 minutes.

Taking to his Instagram story, Gordon revealed to his eight million followers that he was going to make a burger in 10 minutes.

He explained how if he wasn’t able to make it in the time limit, he would donate 10 grand to the NHS.

However, once his burger was made, the chef explained to his followers in the live video: “I’m not going to eat this.

“I’m going to give it to the neighbours next door.”

However, one of Gordon’s loyal followers had his back as they added: “For everyone who is slating @GordonRamsay for moving to his Cornwall home… He has worked really hard to work his way up in his profession and he makes his own money so… he has every right to move and stay there. It’s not like he’s going back and forth from there to London.”

Meanwhile, earlier this week one resident publicly threatened to report the star to the police, as they wrote: “Don’t you realise that by doing that you’ve possibly brought the virus with you and because Cornwall is not your main residence, if you and your family get sick you will place yet more strain on an already fragile infrastructure.

“I’m reporting you to the police. What you’ve done is against the law and I hope they force you back to London.”

Despite the fact that Gordon and his wife Tana made the decision to relocate their family before the lockdown was enforced, one of their neighbours reportedly told Mirror Online: “There are a lot of elderly people down here – it’s an elderly population, the average age is 65 to 85, with a lot of people living alone.