Grayson Perry, 60, has revealed he felt angry over his three-part Channel 4 series Grayson Perry’s Big American Road Trip being postponed. The show, which saw the artist travelling across America on a customised Harley-Davidson to explore some of the country’s cultural and political fault lines, was due to air at Easter.

However, it was delayed when the broadcasting company decided to commission his programme Grayson’s Art Club instead.

Although the latter was a big success for the star and is set for a new series as a result, he admits he was “spitting feathers” over Channel 4’s decision to push Grayson Perry’s Big American Road Trip back.

The television personality explained the show would have been “very prescient” if it had aired as planned, due to the Black Lives Matter protests in the US following the killing of George Floyd in May.

Grayson said: “We would have looked very prescient, particularly with the issue of race.

“But in some ways it now feels more pertinent – some of the events of the summer in America have really highlighted many of the things we were talking about in the series.”

The first episode of Grayson’s series, filmed in Georgia, has now been reworked to add recent footage of the protests.

It also shows the ceramicist meeting members of Atlanta’s black elite, including entrepreneurs, students of an all-black university and Shereé Whitfield, a former star of The Real Housewives of Atlanta.

When asked about what inspired him to travel across America for the show, he told this week’s Radio Times: “I did it because I’m interested in the culture war.

Grayson Perry travelled across America on a customised Harley-Davidson for the show (Image: GETTY)

“I’m interested in the things that people care about, and fascinated by what makes people care one way or the other.

“What are the things that we really make decisions about based on?”

Following his series being delayed, Grayson spoke out about how the coronavirus pandemic has also impacted his work.

He said while speaking to the publication at the beginning of the lockdown in the UK: “Everything I had planned for the next six months is gone.

“The future is in doubt.”

Elsewhere, Grayson discussed whether or not he would describe himself as “woke”.

The artist, who began cross-dressing in his teens, told The Times: “Me? What a question!

“Well, I can agree with many of the things that the woke say. 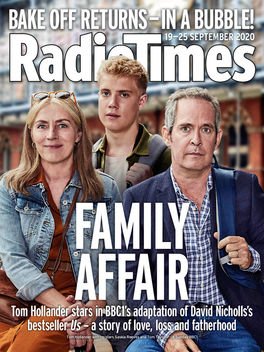 “But some of the perhaps more arcane campaigns of the woke might fizzle out before they become normal.”

When pressed for an example, he replied: “Oh God, I am so not going there!

“Because there are certain arguments I keep out of that are real hot-button issues.”