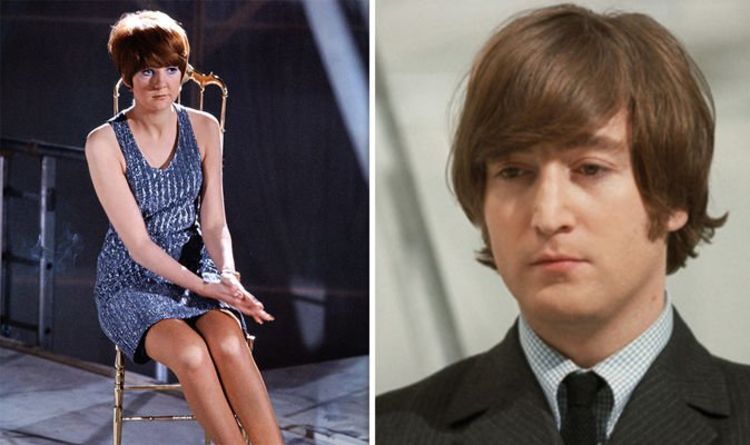 The Fab Four skyrocketed to national and then international fame following an initial stint at Liverpool’s Cavern Club. Since their first performance there in 1961, they played 292 times over a two and a half year period. There they met the likes of other rising stars including Cilla, who would carve out her space in the spotlight after being signed by The Beatles’ manager Brian Epstein. The band and solo artist bonded through success and laughter, including this particularly playful prank played on the singer.

As ‘Cilla Black: The Lost Tapes’ airs tonight at 9pm on ITV, the fond relationship between them all looks set to be further revealed.

One particularly poignant memory of their cheeky encounters was detailed in Cilla’s 2003 autobiography ‘What’s It All About?’.

At this point in her career, the ‘Surprise, Surprise’ star had achieved her first number one with her single ‘Anyone Who Had A Heart’ in February 1964.

Having felt disappointment from previous hit ‘Love Of The Loved’ not placing higher, she was relieved to have finally made a name for herself.

Cilla said: “I knew I’d arrived, though, when a dozen lusty workmen wolf-whistled me from a building site near Leicester Square and began to sing the chorus!

“That was as exciting, in a daft way, as collecting my NME poll-winner’s award as Top Female Vocalist a few weeks later.”

At that same time, Beatlemania was taking off and Cilla could recall the crazed worshippers who were completely obsessed with them.

She said: “Fans could get out of control.

“Leaving the Southern TV studios one evening, I was mobbed by a crowd of girls who tore the buttons off my shiny black Mary Quant mac and ripped it to shreds.

“I was in shock, really upset. I loved that mac, and you can’t repair plastic.”

Later that year, Cilla would strike gold again with ‘Burt Bacharach’ and reach number seven in the UK charts with ‘It’s For You’, which was written by the Beatles’ John Lennon and Paul McCartney.

Her success with the song would see her perform on a big budget show to honour the songwriting duo in 1965.

Filmed at Granada Studios in Manchester, Cilla was overwhelmed to have been selected to perform their song.

Cilla was clad in a sequinned dress with silver shoes and her iconic cropped red hair while John and Paul were both suavely dressed in suit and tie.

But even on the stage, the pair could not help but wind-up their fellow performer.

As Paul introduced Cilla as the next act, he said: “There couldn’t possibly be a show without the wonderful and talented… thingy.”

Cilla’s infamous laugh could be heard as she walked in front of the camera.

Talking through nervous laughter, she said:  “Eh, I’m watching you on the…”

Paul quipped: “She’s watching us on the tele.”

But the Beatles’ boys hadn’t stopped joking around there.