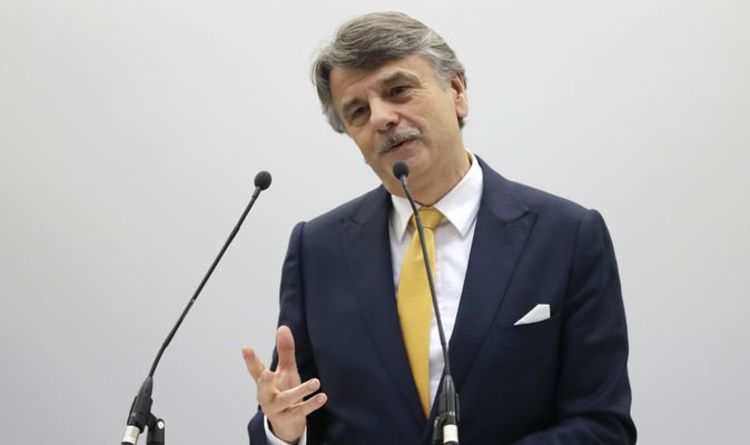 Jaguar Land Rover’s (JLR) outgoing boss accused Greta Thunberg and other climate activists of “doing wrong in many areas” by drawing attention to the issue of climate change but offering no way to tackle it. Ralf Speth, who has headed the car manufacturer for ten years, told The Sunday Times that Ms Thunberg’s criticism was “not justified” because businesses had also created a better world.

Mr Speth has faced the double edged sword that is Brexit and climate change during his tenure, yet has managed to successfully manoeuvre the company up-to-date.

And, as demand for diesel has slumped, ministers want to ban new combustion-engine cars by 2032 – leaving JLR with the tough and expensive task of electrifying its flagship Range Rovers and Land Rovers.

Mr Speth, who is 64, said: “Greta created the wake-up call for many companies and people.

“But on the other hand, this kind of very populistic criticism — we destroyed her life, killed this and that — is not justified because we also created a better life.

“Wealth, health, education — the world is getting better.

“There is still a lot to do. But populism should be combined with ideas to make it better.

“There is no contribution, no ideas, just: ‘You’re all stupid.’ ”

JUST IN: Piers Morgan forced to correct himself after viewers slam debate

It was announced at the end of January that Mr Speth would step down from the firm in September.

This comes as JLR continues its £2.5bn cost cutting strategy to mitigate the impact of the declining automotive market.

Meanwhile, Ms Thunberg was also attacked by another high-profile figure earlier this month.

Jeremy Corbyn’s brother, Piers, was recently admonished after comparing Ms Thunberg to the Nazis in a late night Twitter rant.

The climate change skeptic used a picture of Ms Thunberg and placed it next to a swatstika – the emblem of the Nazi Party in the early to mid 20th century.

The attack came as part of a string of tweets he shared, attempting to “debunk” manmade climate change.

One part of the thread included a video of himself arguing with what he called “GretaGoons” in Bristol, where some 15,000 people are believed to have attended the Youth Strike 4 Climate rally at the end of February.

Ms Thunberg gave a speech on College Green, before leading a march around the city.

ByMeanwhile the coronavirus pandemic is spiralling out of control in Belgium, the country's health minister Frank Vandenbroucke has warned, while Wales has announced a...
Read more
U.K.