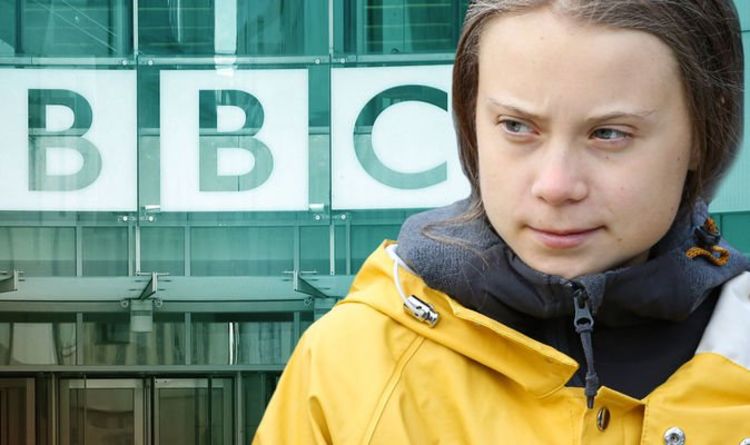 It was here that Ms Thunberg gained a name for herself, skipping school each week to protest the Swedish government’s action or lack thereof to curb climate change.

Yet, the BBC’s recent announcement of a new series, which will follow Ms Thunberg’s movement around the world, has been met with fierce criticism.

It comes as the organisation finds itself embroiled in a dispute with the government and its viewers over the licence fee that is levied in order to fund its broadcasts.

Many took to Twitter to voice their outrage over the series.

One user wrote: “More reason to ditch the TV tax!!”

Another said: “What are her qualifications to be interviewed for anything at all Zero.

“This is yet more BBC propaganda and misinformation being presented as if it was factual.

“Another reason (if one was needed) to axe the TV tax.”

Several people cited the need of a national conversation regarding climate change and global warming, and said ms Thunberg was a great character to stitch together those things with a young audience.

One user said: “Great news from the BBC.

“To all the haters out there.

“Find out more about Greta, read her book and be inspired.”

“I cannot think of a better person to front such a project.

“One of the most insightful people alive, who understands what matters most.”

No broadcaster has been assinged to the series.

BBC Studios Production is the commercial part of the organisation, and is not funded by the licence fee.