Group of randy Neanderthals contributed ALL the DNA in modern humans, scientists find 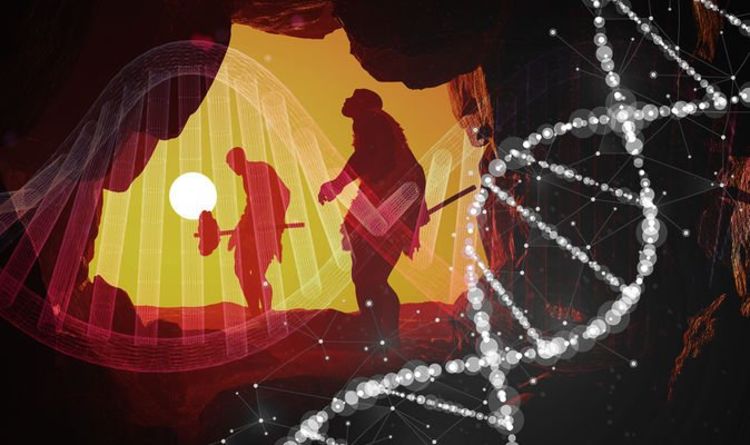 But the Denisovans, a lesser-understood branch of the human family, are likely to have intermixed with modern humans in at least two distinct mixing events, meaning DNA from them makes up a higher proportion of the genetic code of some populations of people living in east Asia and Oceania. The study offers the most comprehensive analysis of human genetic diversity to date, after the sequencing of 929 human genomes by scientists at the Wellcome Sanger Institute, the University of Cambridge and collaborators. It suggests Neanderthal ancestry of modern humans can be explained by just one major mixing event, probably involving several Neanderthal individuals who came into contact with modern humans shortly after the latter had expanded out of Africa.

The study’s first author, Dr Anders Bergstrom, of the Francis Crick Institute and an alumnus of the Wellcome Sanger Institute, told Express.co.uk: “Our results imply that several Neanderthal individuals contributed genetic material, but it’s difficult to say if it was a question of tens, or hundreds, or an even larger number.

“It’s certainly possible that modern humans and Neanderthals lived side by side for some period of time, but it’s also possible that these were only sporadic encounters.

“The genomes can simply not tell us much about the social dynamics behind this admixture.

“Likewise, genomes can not say much about the geographical location where the admixture occurred, but it is commonly assumed that it took place in the Middle East shortly after a group of modern humans had arrived there from Africa, about 50,000-60,000 years ago.”

By contrast, even though far less is known about them, there is evidence of more sustained interbreeding with Denisovans, with studies having indicated between three and five percent of the DNA of Melanesians and Aboriginal Australians, and around six percent in Papuans deriving from the extinct species.

Dr Bergstrom said: “We do not address the timing of Denisovan admixture in this paper, but previous research has estimated that it occurred shortly after Neanderthal admixture, so something like 45-55 kya.

“While Neanderthal admixture likely occurred outside of Africa, some groups then migrated back into Africa much later and carried this Neanderthal ancestry with them.

“The patterns we see in genomes today are thus often the product of multiple layers of migration and admixture.”

Assessing the importance of the research, Dr Bergstrom said it highlighted how, in order to understand the landscape of genetic variation in modern humans, it was necessary to understand the evolutionary history which shaped it.

He added: “Past processes of separation, migration, admixture and population size changes underlie why our genomes look the way they do today.

“There are definitely many further discoveries to be made about human evolution, particularly in Africa, where we are only just scratching the surface.

“Our findings in this study give some insight into the timescale over which present-day human populations diversified within Africa, but the details of this process are still a complete muddle.