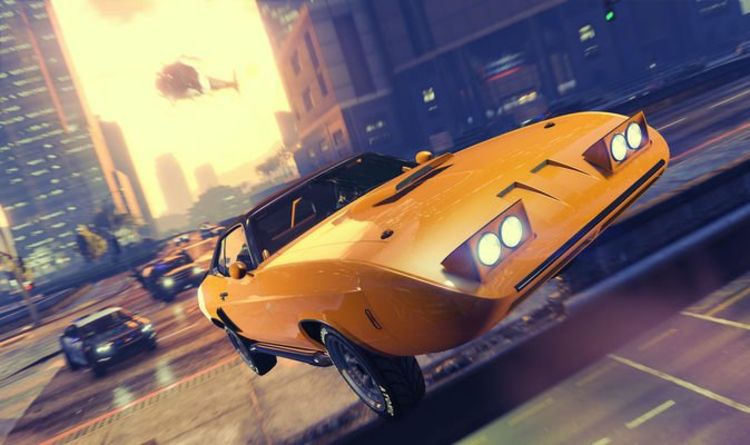 GTA Online fans are counting down to the release of the Grand Theft Auto 5 Summer Special update.

According to a recent post by Rockstar Games, the GTA Online Summer Special Update has an August 11 release date on PS4, Xbox One and PC.

While the Los Santos Summer Special event doesn’t have an official start time, Rockstar is expected to launch the update at around 10am BST in the UK.

The news was announced by Rockstar Games on Twitter: “The Los Santos Summer Special hits GTA Online on August 11th.

“Featuring tense new co-op missions launched from your Super Yacht, new Open Wheel Races, a fleet of new vehicles and much more. Summer in Los Santos has something for everyone.”

The Summer Special event will launch alongside a major GTA Online patch, which will introduce new features, balance the gameplay, and fix numerous bugs.

According to the early patch notes, the headline feature is the addition of brand new co-op missions.

The new solo or multiplayer missions will be accessible for Galaxy Super Yacht owners.

The missions include everything from deep-sea diving for hidden treasure, to high-speed pursuit challenges.

“Galaxy Super Yacht owners will be able to engage in an all-new series of missions, either alone or with up to three shipmates. Everything from deep-sea diving to high-speed hi-jinks on the high seas, there’s action for sailors of all stripes.”

Fans can also take part in Business Battles in “surprising locations”, as well as new Adversary Modes in the Diamond Casino and Resort.

“Meanwhile, auto websites will be flooded with more than a dozen new vehicles to purchase, including rides for Benny to customise, off-roaders, tunable sports cars and a pair of new Open Wheel beauties,” Rockstar continues.

In addition to the usual bug fixes and gameplay tweaks, Rockstar has also announced plans to give fans various rewards and bonuses.

“Plus, a number of general improvements and fixes – as well as our ongoing series of weekly special events and bonuses to take part in over the coming months – once the Los Santos Summer Special hits GTA Online on August 11th,” Rockstar adds.

Interestingly, however, Rockstar has promised to release GTA Online’s biggest update ever later this year.

“Stay tuned to the Rockstar Newswire for more details, as well as more info on what’s to come later this year when Heists return in GTA Online’s biggest ever update.”

Express Online will update this article with patch notes when the Summer Special launches on August 11.