Guess What? More Time Makes a Fashion Show Much Better 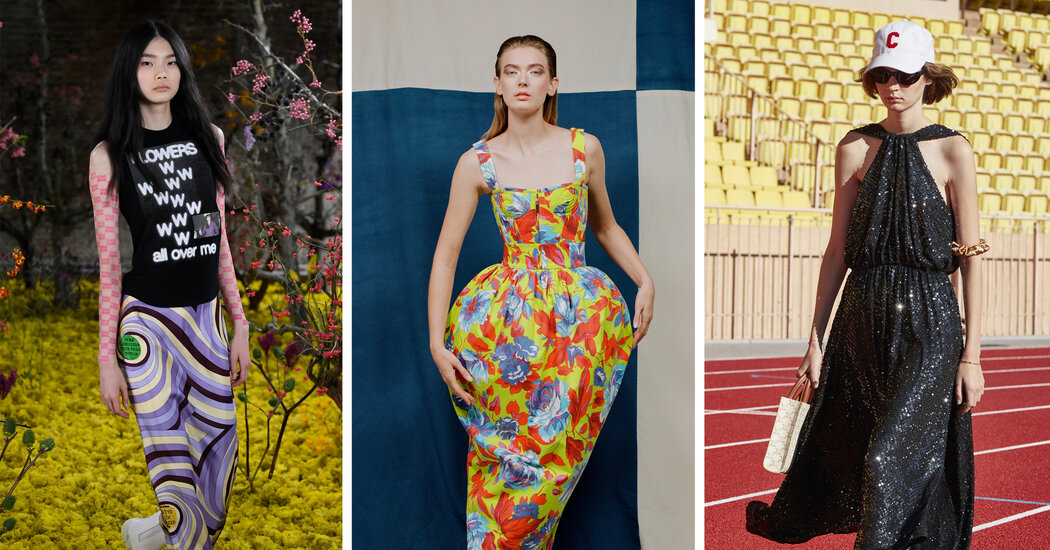 The desire to buck a stifling system can make allies of even the most unlikely names. Thus emerged the breakaway contingent of fashion brands from Tokyo to Antwerp to New York that seized the pandemic-spawned moment of largely digital shows to rethink when and where they would reveal their new collections. Opting out of the seasonal four-week, four-city calendar, they chose instead to unveil their work as it was ready.

The result: a mind-meld desire to … do your own thing. Both temporally and aesthetically. While the drip, drip, drip of collections was confusing, the separation from the herd produced a notable number of refreshingly distilled proposals for what we might want to wear next (hint: NOT SWEATPANTS) and why.

It was enough to make you wish you could have seen them on a runway.

Having a debut in the middle of a pandemic outside the regular season may seem like a counterintuitive move — generally designers unveiling a new line want all the bells and whistles and buzz of a Major Show with Major Celebrities to create Major Instagram. But then, Raf Simons has always been more interested in questioning the system rather than embracing it.

So his decision to reveal his first women’s wear line for his own brand via an 18-minute dual-gender film was both entirely in character and pretty smart. It was a way to tamp down expectations — sky high after his stints at Jil Sander, Dior and Calvin Klein and his first show last month as co-creative director of Prada — and give himself room to construct his own universe. Or expand it, anyway.

So in a surreal wood straight out of a campy horror movie, saturated with intimations of doom and shades of indigo, blue and violet, lemon and chartreuse, a host of disaffected youth (youth culture is one of Mr. Simons’s signature obsessions) came crawling through a landscape of dead trees and fraying nets. They were propped up limply against a wall or sprawled out in a web, wearing layers of alienation and grace. There were second-skin tattoo undershirts or silks printed in psychedelic Pucci-inspired swirls, sleeveless coats fraying at the edges, and long dresses caught at the hip with a button reading “Free Admission With This Button.”

Mr. Simons has an affinity for words, though that kind of irony played better than the messages shirts and hoodies blaring the more self-consciously pretentious “Children of the Revolution” and “Muted Chaos” (even if “Teen Dreams” was the title of the whole thing and those are, pretty much by definition, self-consciously pretentious). As did the slithery sapphire pencil skirts and oily plastic vests that transformed tailored jackets into corseted, peplum tops in tones of falling leaves.

In the end, despite the “Nightmare on Elm Street” overlay, you couldn’t escape the sensation that the show was a pretty effective, and effectively alluring, expression of the liminal state in which we are all currently trapped.

Stella McCartney spent lockdown creating an “A to Z” manifesto of brand values (you know, when the rest of us were doing puzzles), and the rigor of such specificity seems to have filtered down to her clothes. The result was a tightly edited collection of streamlined zoot suits and lacy minidresses in mostly sustainable materials with a BMX edge. (The lace was patched together from leftovers of previous collections.)

There were seashell prints and dip-dyed jumpsuits, hoodie frocks and no-nonsense body-con ribbed knits, all atop bright squishy flip-flops. Filmed in the open air in the fields of a stately house in Norfolk in eastern England, amid the monumental earth sculptures of Richard Long, the clothes looked both natural and no-nonsense. Made to move.

Three Americans Double Down on the Classics

“How do we predict what will happen in March when everything is so uncertain every moment?” So said Michael Kors, verbally rolling his eyes while standing by himself in front of a — well, stand of potted grasses. The foliage was supposed to serve as an atmospheric backdrop to what would have been an in-person mini-presentation of his collection. At the last minute, though, Mr. Kors had decided to go virtual, so the foliage acted more like a backdrop to a fashion-related stand-up routine — personal patter as soundtrack to a show that proved to be the quintessence of the Kors approach to the world.

His answer to his own question was both literal (“We have to dress for ourselves”) and sartorial: a long white nightshirt atop a pair of tailored pajama pants and under a long white jacket; a T-shirt dress doused in tortoiseshell sequins; a chunky turtleneck over a floor-length charmeuse skirt. It was the kind of plush simplicity that posits luxury as a form of self-care.

Just as Tory Burch’s Shaker-inspired collection of crafty basics — a pinstriped sweatsuit that was actually a suit (the pants had an elastic waist and bottoms), a generous white cotton peasant dress, silk scarf separates — reflected her own brand of brisk Mainline comfort chic.

And as Christopher John Rogers, in only his fourth year in business, continued to refine his Uptown gala meets Downtown ballroom vibe, spattering trapeze tops and ruffled skirts with Crayola-colored paint splashes, mixing rugby stripes with his signature exaggerated strawberry silhouette, and otherwise injecting his work with an energy and clarity of purpose rare in a designer so young.

Hedi Slimane Loosens Up (a Little) at Celine

Perhaps because of pandemic safety protocols, perhaps simply because it was time for something new, Hedi Slimane took his Celine show out of its usual black box behind the Invalides and into the open air at the Stade Louis II in Monaco. Whatever the reason, it was a fortuitous change. Viewed in the light of day, as the models strolled around the (Celine-branded) red track, the chock-full-of-stuff wardrobe Mr. Slimane has been very deliberately constructing since he joined the house took on a more relaxed mien and was the better for it.

Instead of the discomfort jeans that were his previous signature, he offered up looser, high-waisted cropped denim paired with shirred tulle cropped tops or Celine-logo sports bras under bourgeois pinstriped blazers. Instead of thigh-high, after-midnight minidresses, there were delicately beaded and hand-embroidered tea dresses sparkling with tiny flowers, lamé pleats and silver screen sequins paired with chunky hoodies or cardigans.

And instead of prima donna drama, he showed a fresh sense of openness. There were baseball caps on top, thick-soled sneakers or hiking boots below, and plenty of bags on the side.

This year, in a rare move since she upended the Paris fashion scene in the early 1980s, Rei Kawakubo elected to keep her Comme des Garçons collection home in Tokyo. Ditto the brands she incubates, Junya Watanabe and Noir Kei Ninomiya. Distance did not dilute any of their power, however. Indeed, if anything, with these collections Ms. Kawakubo et al. underscored just how important her brand of intellectual and aesthetic challenge is to the wider industry. She takes nothing for granted and has no truck with those who tiptoe around the scared totems of fashion.

So she began with more abundant show notes than her usual mystery koan: “The human brain always looks for harmony and logic/ When harmony is denied, where there is no logic, when there is dissonance/ … a powerful moment is created which leads you to feel an inner turmoil and tension/ … that can lead to find positive change and progress.”

It was as unabashedly optimistic and positive a guide to her thought process as anything Ms. Kawakubo has offered before, and almost surprisingly parsable, as if the designer couldn’t be bothered with obfuscation of motive and moment. Who has the time to engage in lint-picking existential questioning given what is going on in the world?

Duh — no one. Instead they can simply revel in a collection that explored the tension between cartoons and couture, history of the youngest and most ageless kind: Mickey Mouse prints and bubble letters on even more bulbous skirts and trapeze tops; explosive Empire-waist gowns in lace and lattice veiled by a scrim of sheer vinyl; bows and crimps and teddy bears; panniers and polka dots.

It was a push-pull also visible at Noir, where Mr. Ninomiya is fast carving out his own place as one of fashion’s most invigorating extremists. No, most of these — what? swirling confections of bows and tubular squiggles and hats become cages and body-swallowing pink confetti — are not working-from-home wear (though some of the tulle skirts looked pretty elegant). But who needs more of that? Besides, they make you rethink stereotypes of what is “sweet” and what is “scary” and where our own misguided preconceptions lie.

By contrast, Junya Watanabe’s ode to rock star style of the 1970s — bubble dresses and shorts and trench coats and caftans and sequins — looked both retro and futuristic. He called the collection “The Spangles,” and it did call to mind a cross between the Supremes and the Bangles. The reality that time has ceased to have much meaning at this point is hard to deny, so it was a lift to see it looking so good.