Hair loss treatment: The floral oil known to speed up... 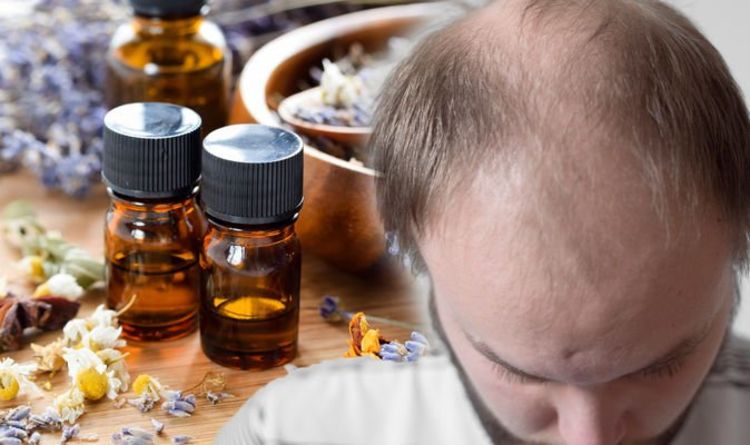 Hair loss is still a medical conundrum. Doctors don’t fully understand why certain hormonal changes cause hair follicles to shrink, or why the balding process gradually happens in the same pattern for most men. However, it has been noted that it usually starts with a thinning of the hairline about the temples and crown. Depending on one’s family history and genes, hair loss can start as early as the teen years. Could an essential oil help prevent this?

Temporary hair loss could be a sign of a medical issue, such as anaemia or thyroid issues.

A diet low in protein and iron can also cause hair to thin out.

Sudden or excessive weight loss, a severe physical or emotional shock, surgery or even fever and the flu can bring hair loss that could last several months.

Regardless of why the hair loss has begun, most are interested in ways to help combat this process and according to a study done on animals, this certain oil has been proven to help.

READ MORE: Lisa Riley health: The health reason why she ‘will never have children’

Lavender oil is known to speed up hair growth. Lavender oil contains properties that can generate the growth of cells and also help in reducing stress.

Mix several drops of lavender oil into three tablespoons of carrier oil, such as olive oil or melted coconut oil and apply it directly to the scalp.

Leave it in for at least 10 minutes before washing it out and shampooing as you normally would. This should be done several times per week.

What the study said

In a study with Toxicology Research, the hair growth promoting effects of lavender oil was investigated.

The study involved mice to determine the effects on female mice.

The various oils were applied to the backs of the mice, once per day, five times a week for four weeks.

“The results indicated that lavender oil has a marked hair growth-promoting effect.”

Various studies have found that lavender oil can also help with keeping lice at bay as it contains properties which kill hair lice.

Lavender oil can be helpful in treating infections of the scalp and improve scalp dryness.