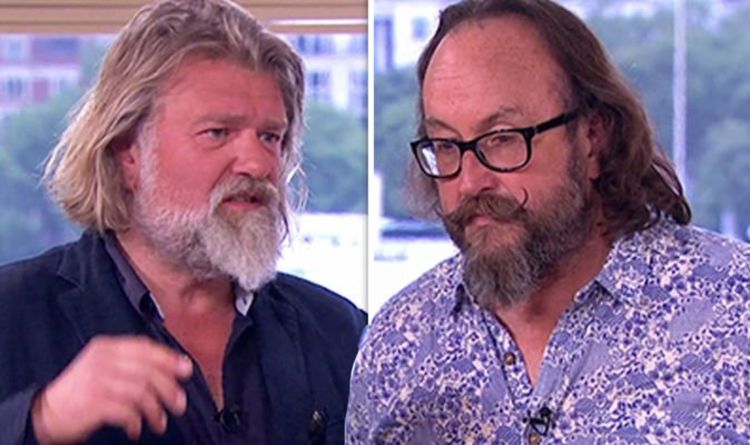 Dave Myers, 62, and Simon King, 52, are the adventurous cooking duo and have featured in programmes including The Hairy Bikers’ Cookbook, The Hairy Bikers’ Food Tour of Britain and Hairy Bikers Ride Route 66. The TV stars have now revealed the moment they were both diagnosed as “morbidly obese” with Simon admitting the pair were “headed for a major fall”.

The Hairy Bikers often travel the country and take food inspiration from the places they visit, however, seven years ago, the pair took steps to slim down as their weight began to impact their health.

The pair revealed they wanted to lose weight after their friend warned the presenting duo they were unhealthy.

Speaking exclusively to Express.co.uk, Simon revealed “half of my body was fat” while Dave recalled the moment the pair were branded “morbidly obese”.

As the pair chatted about the reason why they decided to take action and lose weight, Simon explained: “Oh God, because I was morbidly obese. I was casting a shadow like a walnut whip. It was just awful. I didn’t really feel good about myself.

Dave said: “That was a big wake up call that we’ve never ever forgotten. Some, six, seven years later. That made us turn ourselves around a little bit.

“We still enjoy life and food but no longer the big butter which we were known for really.”

Simon added: “I felt sluggish and had very little energy [when I was overweight]. All of that and just constantly fatigued and tired. I’m still like that now because I’m in my 50s. I’m just carrying less about. It’s as simple as that.

“We always kept the message really simple you know. Do more, eat less and guess what? You lose weight.”

Meanwhile, the Hairy Bikers teamed up with Benecol this Christmas to share their top tips and advice on how you can stay in control of your cholesterol levels over the festive period, whilst still enjoying delicious Christmas food.

According to Benecol research, on Christmas Day, the average Brit consumes nearly three times their recommended daily allowance, and research has found that people’s cholesterol levels are around 20 per cent higher in January.