Half-Life Alyx REVIEW: Beloved Valve shooter returns, but is it... 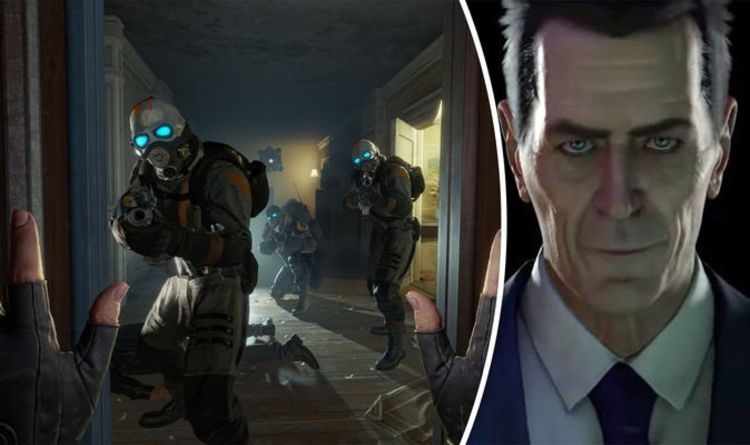 The Half Life: Alyx release date has finally arrived for virtual reality owners.

While it’s not the fully-fledged sequel most fans were hoping for, Half Life Alyx has generated a major buzz online.

It’s been a long wait for a new Half Life, following the 2007 release of Half Life 2: Episode 2 on consoles and PC.

Set between the events of Half-Life and Half-Life 2, the virtual reality release sees players take control of Alyx Vance in a quest to save the world.

Has Half Life Valyx been worth the wait? Well according to the first review it definitely has been.

Earning a near perfect 9/10 from Edge Magazine, Half Life Alyx is described as Half Life to a fault, only with fresh magic thanks to the addition of VR.

“What the game asks of you may be fairly standard shooter stuff, but the act of playing it out with your own hands lends it a fresh magic,” reads the Edge review (via Reddit).

“That’s Alyx in a nutshell: this is a Half Life game almost to a fault, the old formula polished to a 2020 shine, made new again by the way you manipulate it.

“The Gloves aren’t the new crowbar or Gravity Gun, the defining tool of Half Life: Alyx. Your own hands are.”

“Half-Life: Alyx is Valve’s VR return to the Half-Life series,” reads the official description. “It’s the story of an impossible fight against a vicious alien race known as the Combine, set between the events of Half-Life and Half-Life 2.

“Playing as Alyx Vance, you are humanity’s only chance for survival.

“The Combine’s control of the planet since the Black Mesa incident has only strengthened as they corral the remaining population in cities. Among them are some of Earth’s greatest scientists: you and your father, Dr. Eli Vance.

“As founders of a fledgling resistance, you’ve continued your clandestine scientific activity—performing critical research, and building invaluable tools for the few humans brave enough to defy the Combine.”

The game combines first-person shooter elements with puzzle solving, all in virtual reality.

Instead of the Gravity Gun, players use Gravity Gloves to manipulate the environment and find solutions to various situations.

The physicality lends it an added layer of immersion, as players rummage through shelves to find items, for example.

You can also toss items through windows to distract enemies, manipulate tools to hack interfaces, and even rip enemy Headcrabs from your face and throw them out of the window.

Half Life Alyx will be available for Valve Index, HTC Vive, Oculus Rift and Windows Mixed Reality. Let’s hope a PSVR follows at some point in the future.