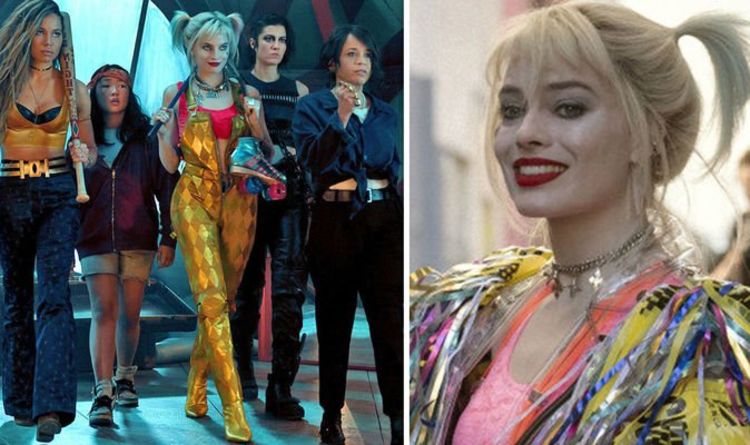 Harley Quinn (played by Margot Robbie) is returning to the big screen on February 7 when her solo movie, Birds of Prey, arrives in cinemas. The movie follows Harley’s adventures after her break-up with the Joker and is strongly female-led. In DC’s next release, she teams up with a bad*** gang of women, Black Canary (Jurnee Smollett-Bell), Renee Montoya (Rosie Perez) and Huntress (Mary Elizabeth Winstead) to protect teenager Cassandra Cain (Ella Jay Basco) from evil crime lord Black Mask (Ewan McGregor).

Birds of Prey is not only putting the focus on women in front of the camera but behind it as well.

Directed by Cathy Yan and written by Christina Hodson, who is also penning the script for Batgirl, its notable for its departure from the largely male-dominated superhero genre.

In a new interview with Entertainment Weekly, the director took aim at the genre in general for being overly “slick”.

She said the team behind Birds of Prey had gone for a “more grounded, tactile quality in response “to other films in the genre, where it can get very slick”.

Yan could be referring to any number of recent offerings from DC or Marvel, where glossiness and an epic scale have become the norm.

In contract to a universal crisis, Birds of Prey has Harley fighting a small-scale battle with a bad guy on Earth.

“Harley’s never just saving the world for no reason,” Hodson said. “There’s always something complicated and messy and sticky and character-driven behind it.”

“It’s really Harley story, as well as all of these women’s stories. And in a way their stories kind of echo each other.

“So, when our title includes ‘The Emancipation of One Harley Quinn’, that is essentially the story that she foes on,” the director told Screen Rant.

Sharing a glimpse of the plot ahead, she continued: “We find her basically without the Joker at the beginning of the film she learns thatch doesn’t need anyone but herself.

“She doesn’t necessarily make friends with the other women, but they come together, and through that they all sort of emancipate themselves throughout the film.