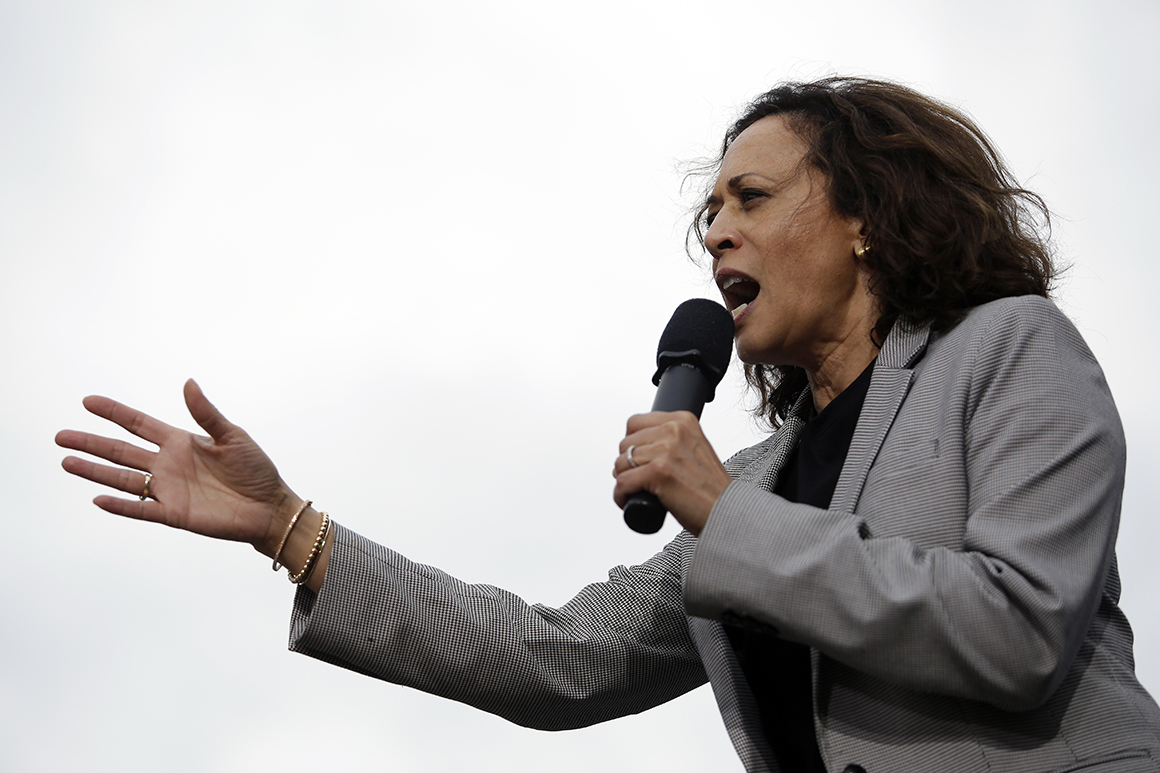 “It was all Black women out there working under the tents,” she said. “It was 98 degrees in August in South Florida, so it was too hot to cheer. But you could feel it, this sense.”

That feeling stretches beyond the Jamaican-American community and the more traditional African American community, shared by those in South Florida with roots in Haiti, the Bahamas, Trinidad and Tobago or Guyana. They comprise a growing and varied Black West Indian diaspora community, a little-discussed but increasingly influential slice of the electorate of the nation’s biggest swing state.

While exact numbers are hard to come by, census estimates and political studies peg the diverse Black community — nicknamed the Caribbean Massive by some — at more than 2.5 million, including hundreds of thousands of Florida voters. That’s crucial in a battleground state where elections are often decided by less than a percentage point.

For a campaign that’s been dogged by questions of lackluster enthusiasm since Biden declared his candidacy 16 months ago, the electricity sparked by the Harris pick has produced tangible results. The campaign reported raising a record $ 48 million in 48 hours. Pollsters logged an uptick of support for Biden, who was already leading Donald Trump — including in the president’s must-win state.

“It’s the pick that’s going to energize us. It’s the pick that’s getting us motivated,” said Karen Andre, one of Biden’s top advisers in Florida who’s of Haitian-American descent. She said the campaign plans “a full 360 degree effort” to engage Caribbean-American voters, including with paid radio ads in Creole and English and possible interviews with Harris with local hosts who have audiences with roots in the West Indies.

Andre said that, after the Harris announcement, her phone was “burning” with calls from Jamaican-Americans and also “heard from Haiti, Trinidad, Barbados, Bahamas.”

At the same time, the independent, Biden-backing super PAC Unite the Country is considering its own program aimed at Black Caribbean voters. The PAC is led by veteran Florida operative Steve Schale, who noticed a drop off in enthusiasm among these voters when Hillary Clinton unexpectedly lost the state to Trump in 2016.

Even Republicans acknowledge Harris could have an effect.

Mardy, like many Haitian-Americans, said he’s struggling to support Trump after he called the island a “shithole.” Democrats are determined not to let the community forget about it or Trump’s hardline immigration policies that have particular salience in South Florida. Mardy said his three adult daughters are all excited about voting for Biden with Harris on the ticket.

Another Creole plus for Harris: her campaign’s chief of staff is a well-known daughter of the community: Karine Jean-Pierre.

Eddy Edwards, host of the popular “Caribbean Riddims” AM radio show for 36 years in Broward, said “there’s a buzz in the air” over Harris.

Still, there isn’t perfect alignment between the Haitian and Jamaican diaspora communities in the state. The Haitian community is larger, has a Creole-speaking culture and is clustered more in north Miami-Dade County. Jamaican-Americans’ ancestral island is a former English colony and they’ve made Broward County their home, clustering heavily in cities like Lauderhill and Miramar, where the entire city council and mayor have Jamaican ancestry. Nine months ago, Dale Holness became the first Jamaican-born mayor of Broward, the second-most populous in the state.

The West Indian influence in Broward County is so strong that the International Cricket Council sanctioned a new Fort Lauderdale stadium. The project manager is Chandradath Singh, a Broward resident who was Trinidad and Tobago’s consul in Miami before serving as the nation’s ambassador to India and China.

Singh estimated Florida has more than 2 million people with roots in the English-speaking West Indies. And Harris’ Indian ancestry on her mother’s side gives her added salience in the Caribbean: Many Indians were brought to the West Indies as indentured servants after slavery ended.

“Biden’s history as vice president for Barack Obama was well-received by the community, but now I see greater enthusiasm and support,” Singh said.

Dan Smith, a University of Florida professor, studied the state’s voter rolls in 2018 and found there were at least 115,000 Florida voters born in Haiti and 91,000 born in Jamaica. The total number of U.S. born voters who identify as Haitian-American, Jamaican-American or trace roots to other islands in the West Indies is likely far higher.

The nonprofit Migration Policy Institute estimates there are at least 336,000 members of the Jamaican diaspora community in Florida, 528,000 Haitian-Americans, 56,000 with roots in Trinidad and 7,000 Barbadian diaspora members. The focus on these Black voters and communities broadens the discussion of Florida’s voters from the Caribbean, which usually focuses most heavily on those with roots in Spanish-speaking Cuba and Puerto Rico.

Levi Williams, a Republican activist and former school board candidate who’s of Jamaican descent, said that while Black voters tend to vote Democratic, there’s a conservative group of voters who don’t like Biden’s politics.

Williams acknowledged that Harris could drive higher turnout among Black Caribbean-American voters, but he was skeptical the Biden campaign would pull it off. He pointed out that Biden suggested recently that there was little diversity in the African-American community.

“Caribbeans don’t consider themselves Black in the American sense,” Williams said. “A Jamaican is a Jamaican. A Haitian is a Haitian. And a Trinidadian is a Trinidadian. … You can’t place on that community the Black experience in America.”

But Marlon Hill, a Miami-Dade County commission candidate, said he considers himself African-American and Jamaican. He said Harris, who attended historically Black Howard University and was a member of the Alpha Kappa Alpha sorority, “appeals to the broadest definition of Blackness in America in 2020. When you think of someone who is Black, you can think of their heritage, of the state that they’re from, [and] you have to think of their parents or the school that they went to. Being Black is not singular in America in 2020.”

“She’s a universal woman of our modern times. She serves as a woman who refutes everything Trump stands for,” Green said. “I’m going to be an evangelist for her. And there are thousands like me.”