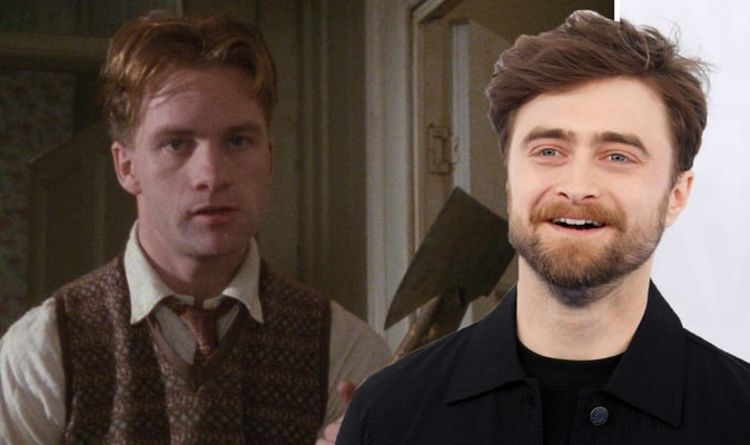 Harry Potter (played by Daniel Radcliffe) saw his fair share of horrific events over the course of the seven films. While the Boy who Lived was pitted against one of the most horrific bad guys ever to grace cinema screens, his actor was also later put up against a different kind of story in The Woman In Black.

Years prior, a 1989 version of the film also appeared on screens over Christmas on TV, starring Adrian Rawlins.

In an exclusive interview with Express.co.uk, Rawlins reminisced about his time on The Woman in Black, and indeed about the connection his career has with it.

“In my mind I was just embarking on what I thought was a cracking story. It’s just very human and hopefully you sort of go along with it.”

Laughing, he added: “It’s just that sort of thing like: ‘Don’t go in that room for god sake!’ – that’s why it works. It’s just a good old fashioned story well written and very well directed.”

Considering the film was shot in the ’80s, The Woman In Black relied on a lot of practical effects for scares – as well as a huge heaping of atmosphere.

“Sometimes we get force-fed things so much,” Rawlins went on, discussing films relying on visual effects in modern cinema.

“In a sense I guess what I’m saying is [The Woman In Black] can be quite refreshing because it’s not … gimmicky. It’s not relying on effects.

On this, Rawlins joked: “That was a really spooky – could you say spooky? – coincidence.

“But I must say… when I heard Daniel was playing it it did bring a smile to my face.

“Because, I don’t know, it had some family synchronicity to it, or something.