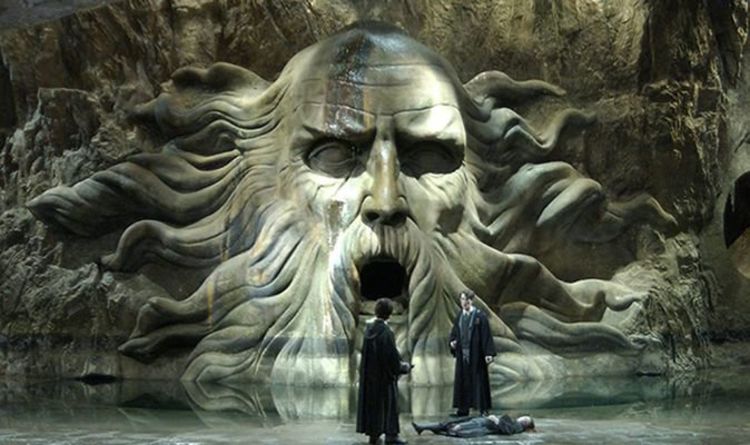 Hogwarts house founder Salazar Slytherin created the Chamber of Secrets in the dungeons of Hogwarts castle. But now a popular new fan theory argues that the Harry Potter character created the chamber, not because he hated muggle-borns wizards, but because he wanted to protect the school. Reddit user spooper_booper writes: “In the Harry Potter world it is known that the Slytherin house is not a fan of mudbloods.”

They theorised: “This is believed to have stemmed from the belief of one Salazar Slytherin, one of the founders which the house is named after.

“It is my belief that Salazar Slytherin only distrusted muggle borns, not actually hate[d] [them].

“Looking at the time when Hogwarts was founded, and what has been said through out the books, Hogwarts was created as a sanctuary for young witches and wizards to escape the prosecution of muggles.

“My belief is that, as it was hard to be a witch or wizard, Slytherin feared that the muggle world would corrupt magical people born to non-magical families and created the Chamber of Secrets to protect Hogwarts, not just to harm mudbloods.”

READ MORE: JK Rowling was told ‘You will NEVER make money out of Harry Potter’

The fan continued: “In the second book, it says that Slytherin found the[m] untrustworthy.

“It did not say he hated them, just [that he] found them untrustworthy. This was [back] when magic was prosecuted.

“So possibly he feared that a young witch or wizard would be persuaded to find Hogwarts so that Muggles could destroy it.

“It would explain the Chamber of Secrets. It was meant for protection. Only his heir could find it, therefore he did his best to preserve his idea of protection. (Of course this was not the case. Voldemort ruining everything, again!).”

The Harry Potter books ended in 2007, but JK Rowling has kept the Wizarding World alive through other mediums.

In 2016, Harry Potter and the Cursed Child parts 1 and 2 hit the West End stage.

The story continues from Harry Potter and the Deathly Hallows’ epilogue 19 Years Later.

And focuses on Harry and Draco’s sons Albus Severus Potter and Scorpius Malfoy.